The One-Twenty is an important car in Packard's history because it signified the first time that Packard entered into the highly competitive mid-priced eight-cylinder car market. Packard enthusiasts view the production of the One-Twenty and the Six/One-Ten models as the start of Packard losing its hold on the market as the premier American luxury automotive brand.

In its introduction year, the Packard One-Twenty was available in a broad array of body styles including two and four-door sedans, convertible and Club Coupe. The One-Twenty, weighing in at 3,688 lb (1,673 kg), was powered by Packard's aluminum-head L-head inline eight producing 110 bhp (82 kW) at 3850 rpm. Prices ranged from $980 for the three-passenger business coupe to $1,095 for the Touring Sedan. Introduced in January 1935, the car was an immediate success with consumers, with Packard producing 24,995 One-Twentys, compared to 7,000 of all other type Packards for the year.
For 1936 Packard increased the displacement on the L-head eight, increasing its output to 120 bhp (89 kW), making the car capable of reaching a top speed of 85 mph (137 km/h). The One-Twenty added a convertible four-door-sedan model which was the most expensive model in the range priced at $1,395. A total 55,042 units rolled off the line in 1936, the highest production that the One-Twenty would reach.

In 1937, the One-Twenty went up-market as the company introduced the Packard Six, the first six-cylinder Packard in ten years. For 1937, the One-Twenty broadened its model range and was now available in "C" and "CD" trim levels. The line also added a wood-bodied station wagon, Touring Sedan and limousine built on a 138 in (3,500 mm) wheelbase and priced under $2,000. Introduced in September 1936, 50,100 units were produced during series production.

For 1938, the One-Twenty name was dropped and its model folded into the Packard Eight model range, bringing the model name into parity with the Packard Six. 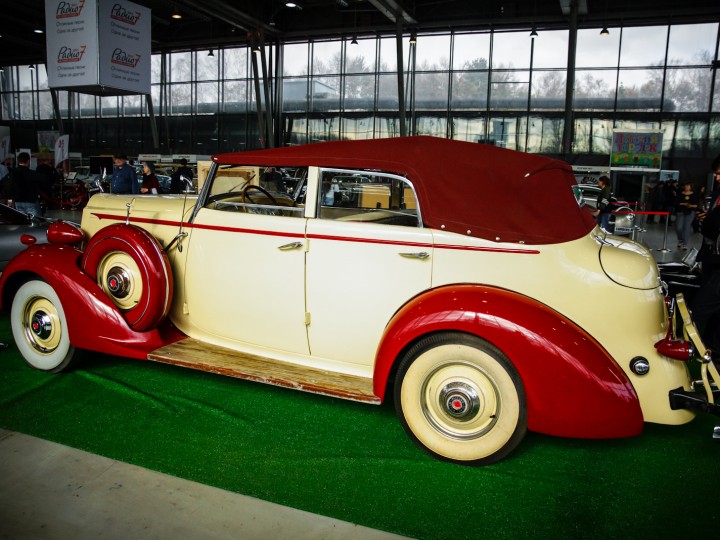 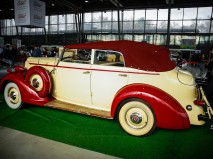 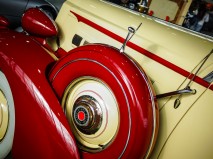 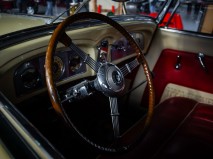 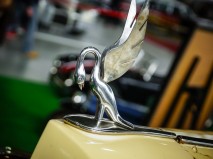 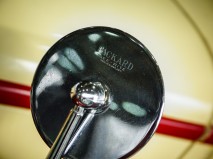 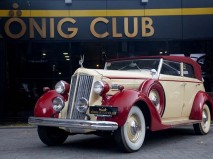 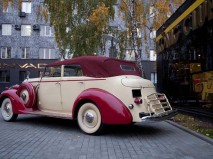