It is the most perfect car of World War II. It can’t be confused with anything else. It is big and heavy. A wide front radiator grill as if it were pasted from two cars with a push bumper cut short ready to break through any hindrance on its way only strengthened this effect and made it recognizable even from afar. Despite a visual heaviness it remained a speedy car of a thoroughbred brand – V8 engine of the presentable limousine Horch 930V did its bit and accelerated the heavy weight up to 84 km/h on the highway and 32 km/h off road.

Considering a possible conflict of the automotive manufacturers’ interests the ground forces Weapons Command of Wehrmacht took on standardization of a car park for needs of the Army already in the middle of the 1930-ies. Thus three groups of army roadsters appeared: “Joint Light” ( a prominent representative Stoewer R200 or BMW 325), “Joint Middle” (Horch 901 and Opel mPI), and the crown became “Joint Heavy” (in short s.gl.Еinhеits-РКW, or a full name Schwerer Einheits Gelandegangiger Personenkraftwagen) represented by Horch 108 and Ford EG.

The rear motor chassis of the Horch-801 for an armored vehicle, introduced by the company Horch in 1935, provided the basis for the “Joint Heavy”, the figures in the name of which due to the front-engine layout were changed in inversed manner. In 1937 the first Horch 108 rolled from the production line of the plant in Zwickau. The automobile survived three modifications: 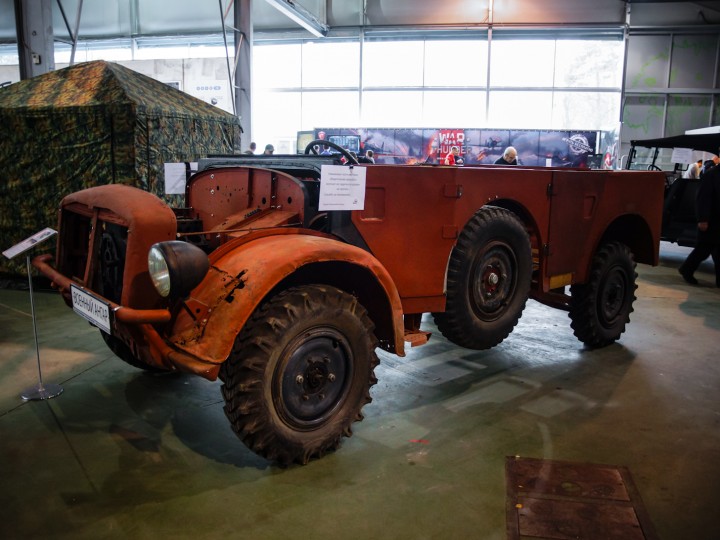 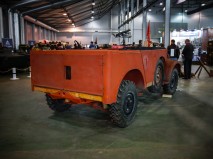 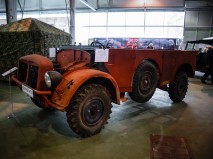 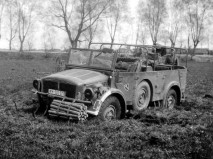 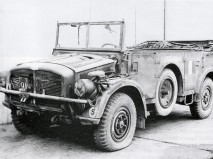 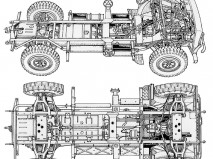