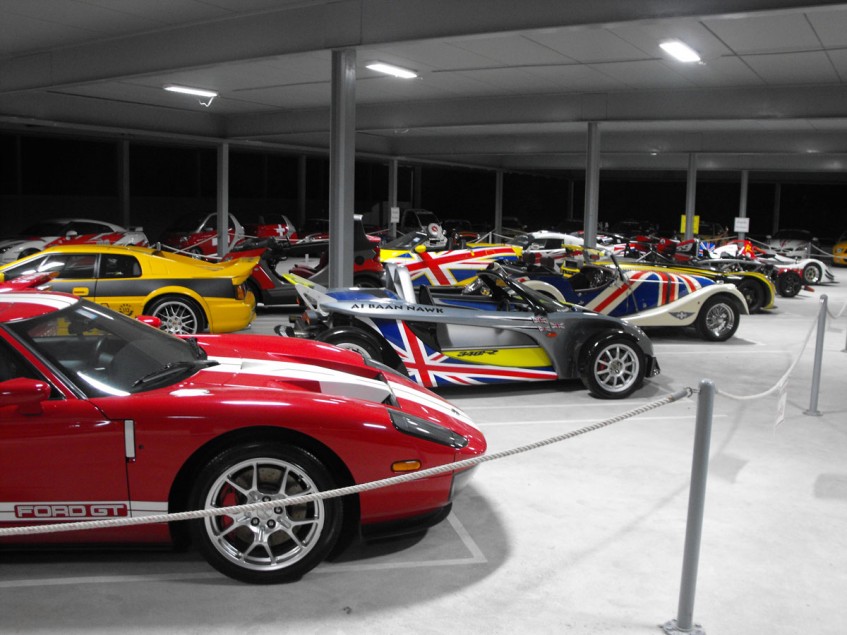 In this article we are going to introduce the most interesting exhibits of the Automobile Museum to you (to be more exact – of a private collection), which is situated in the picturesque park of Bangkok - NONG NOOCH Tropical Botanical Garden.
This museum is called Al Baan Nawk. 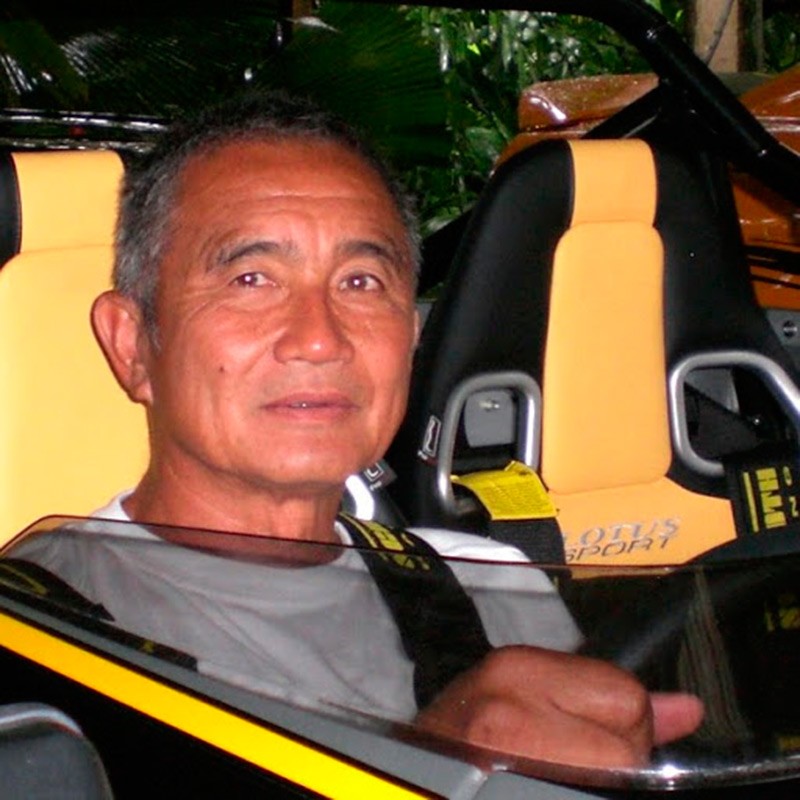 The owner of the Tropical Park NONG NOOCH has been the son of Madam Hong Nooch Kampon Tansacha since 2001. One of his hobbies has become car races and sportive automobiles.

They are the things we are beginning with: 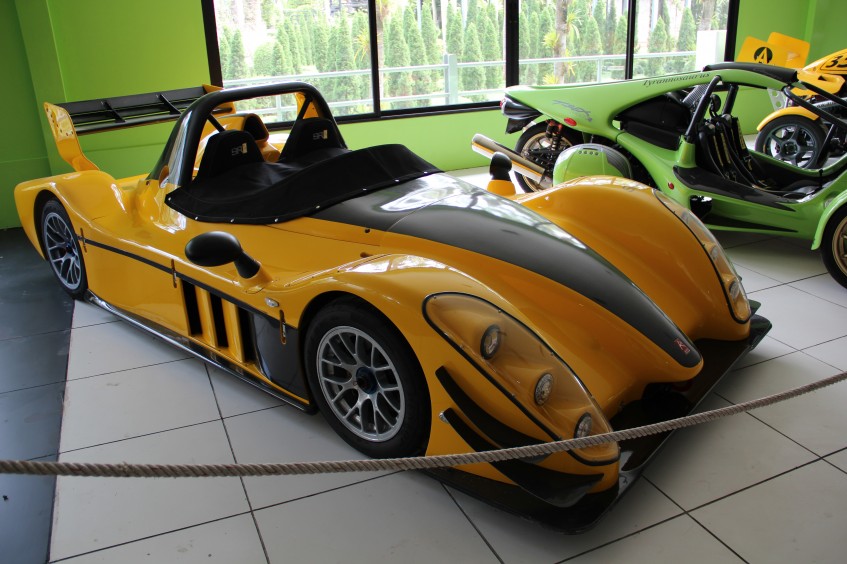 - Radical SR 3SL
The model SR3 SL is of British producer Radical Sports Cars, which utilizes a 2-liter engine Ford Ecoboost, adjusted to 300 hp and adapted for road use in Great Britain and Europe.

- Three-wheeled two-seat for a drive “full of adrenalin” Campagna T-Rex, created by Canadian company Campagna Corporation from Quebec. Generally speaking it is classified as a cyclecar and is provide with a 1.4 l row four-cylinder engine. 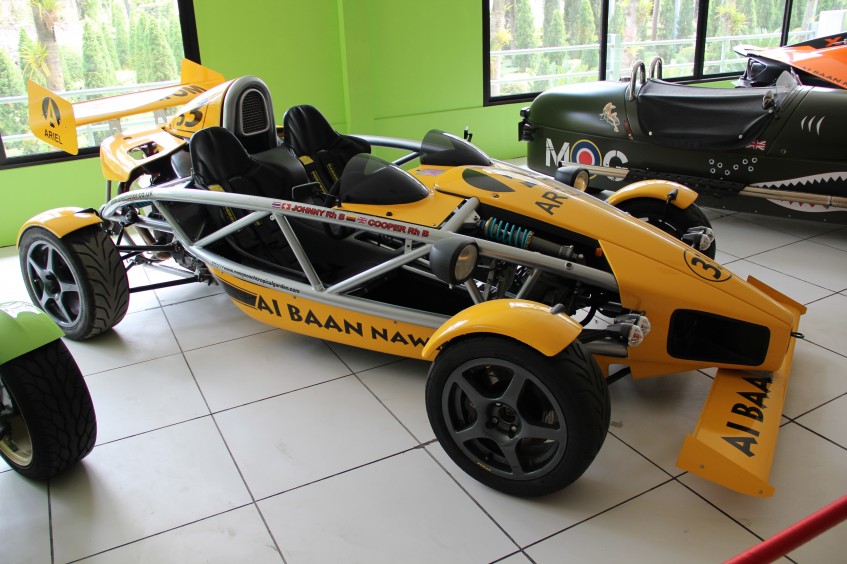 - The Ariel Atom produced by British Ariel Motor Company, protuberates its racing muscles from under a unique external skeleton, which replaces usual body panels. The most powerful model version is equipped with an engine Honda Civic Type R K20Z3 supercharged, that allows this small car to compete with the most heavy-duty super cars in overcoming of 3 seconds to a hundred. 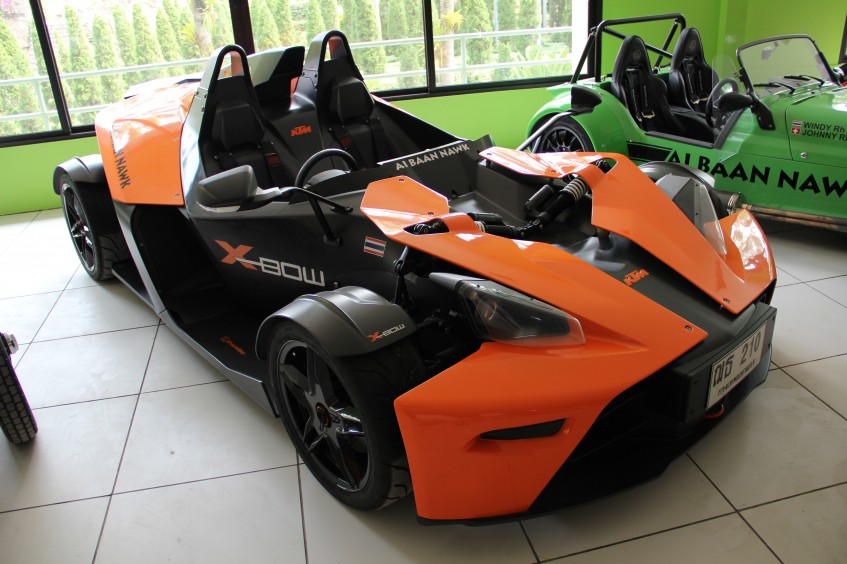 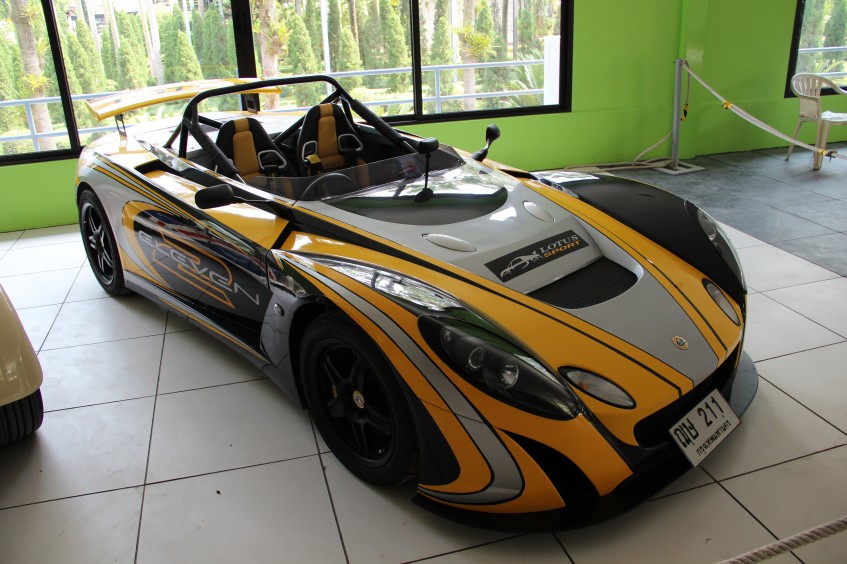 - The Lotus 2-Eleven is an automobile built by British manufacturer of sport cars Lotus Cars. It is already of another, more reputable class - Speedster. It is mounted with a super-charged Toyota 2ZZ-GE engine of 252 hp output, which makes possible for the car to accelerate 0-60 mph within 3.8 sec.

The historical part of that cars for adrenalin number represent:
- two automobiles Morgan - Morgan 3 Wheeler and Morgan Plus 8 SPEEDSTER 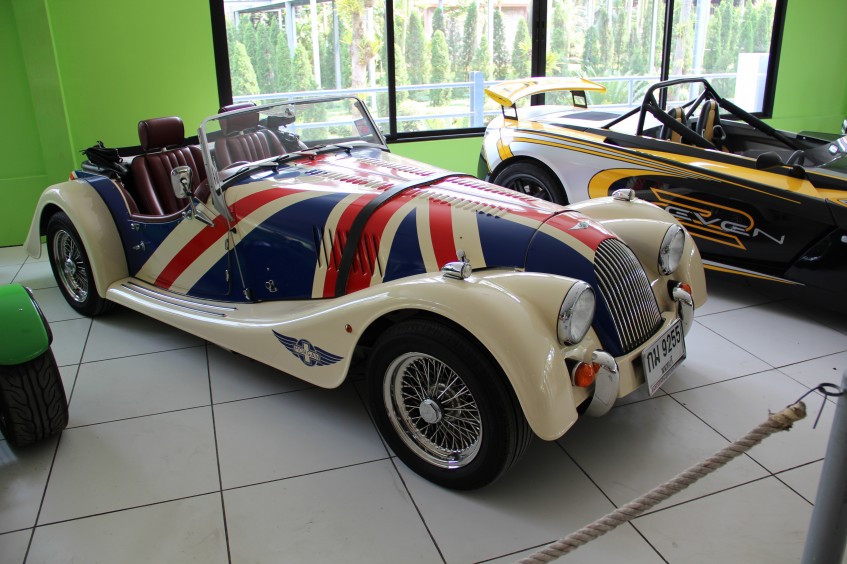 and Caterham 7, developed personally by the founder of Lotus Colin Chapman and it is considered to be a philosophy implementation of Lotus because of its small curb weight and simplicity. 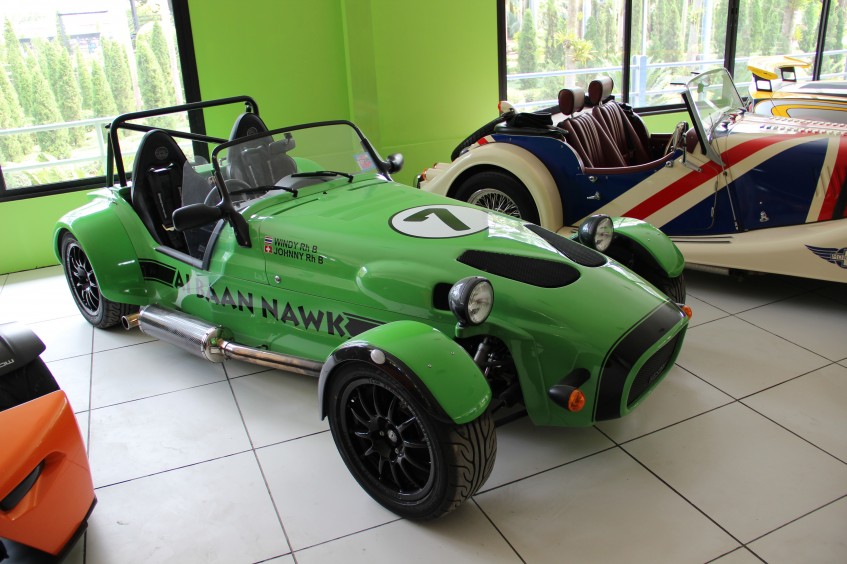 These cars only seem to be historical and ideally restored. In actual fact they have been produced in such kind by some plants (especially in UK) to the present day, equipping them with the most up-to-date aggregates. 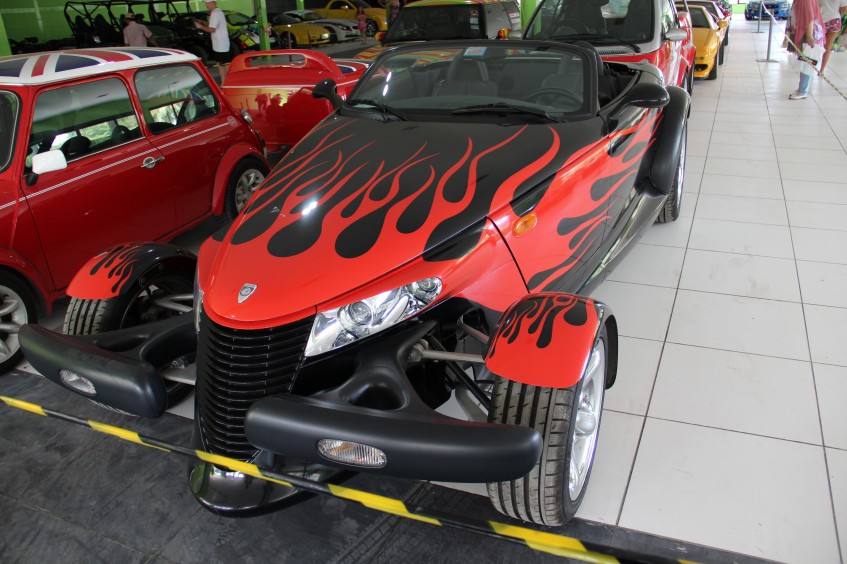 Well, the masterpiece of this style is regarded to be a futuristic Plymouth Prowler — roadster, made in the retro manner inspired by American automobile concern Chrysler Corporation. This version was produced in small batches in 1997 and from 1999 till 2002.

In the collection category “micro-cars” are represented:
- Three Mini Cooper 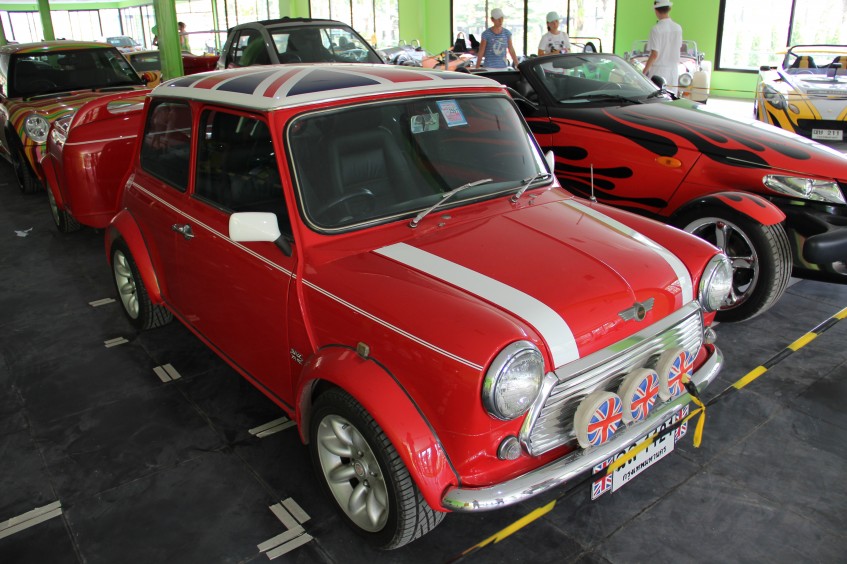 - a classic one with a stylish trailer 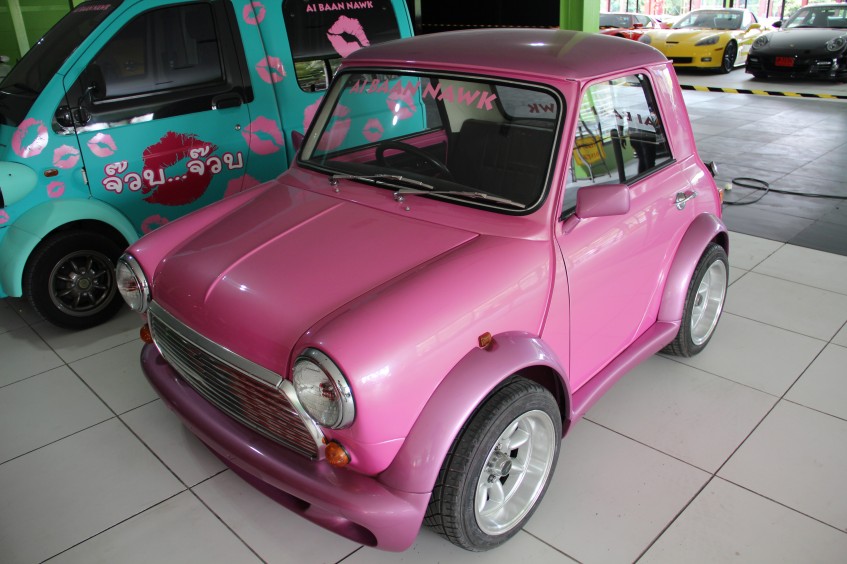 - a glamorous one in “pink pearl” with extremely shortened wheel base 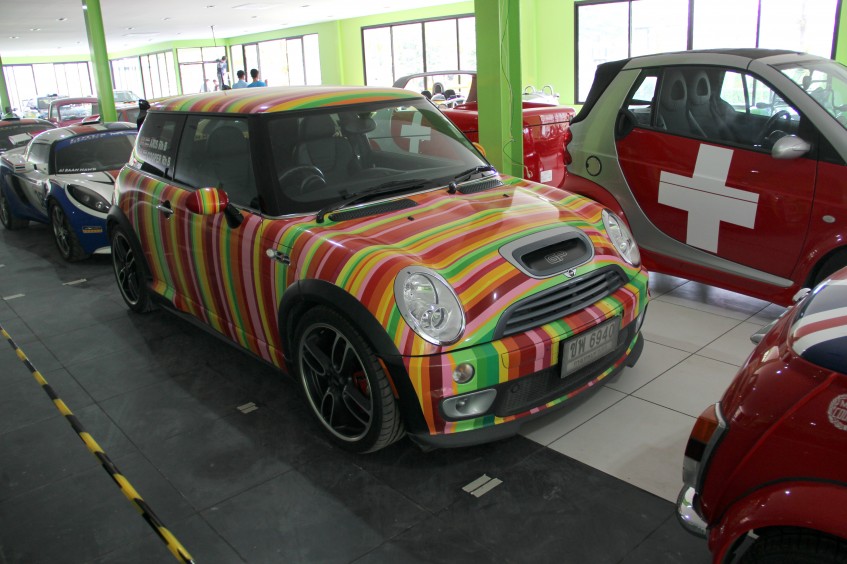 - and a modern model in mind-expanding painting. 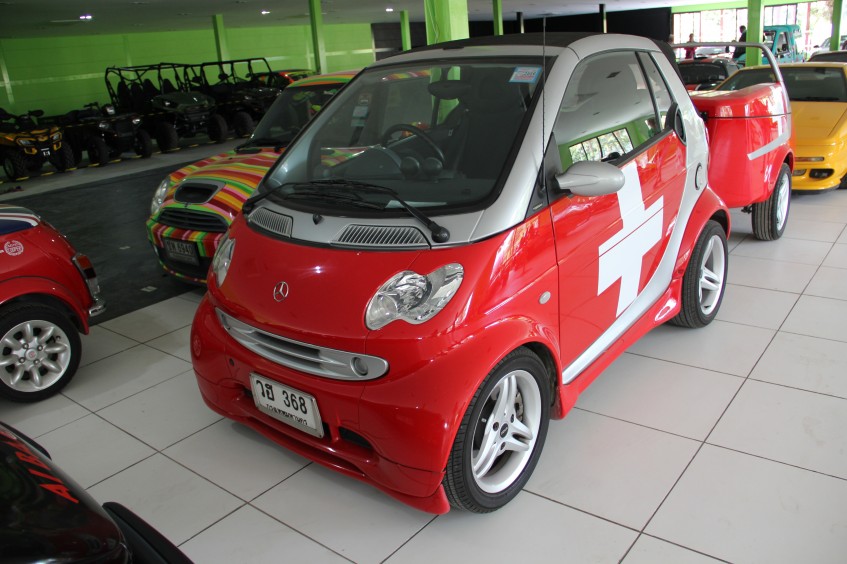 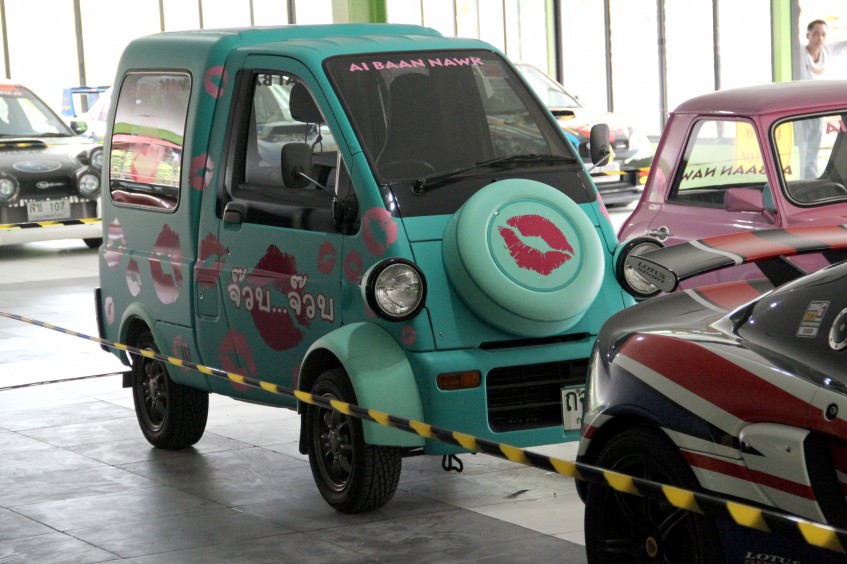 - and an “unfamiliar beastie” with traces of lipstick......