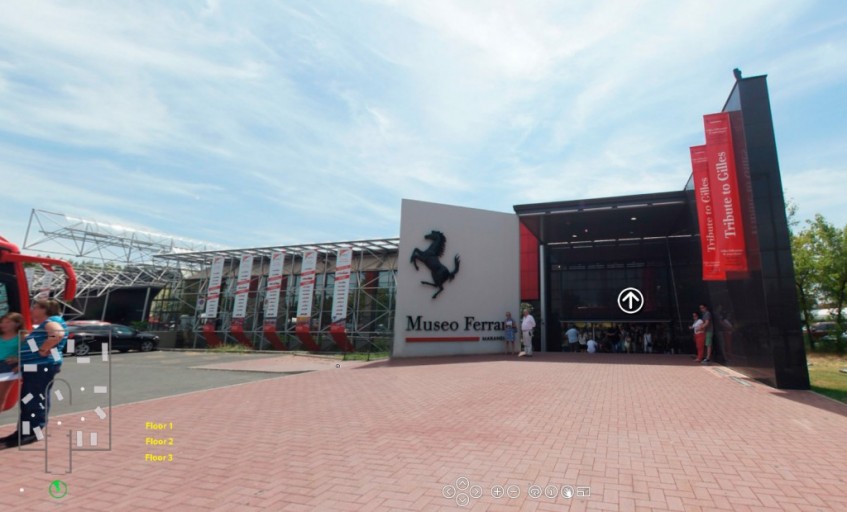 We are glad to introduce one of the most famous and attended automobile museums of Italy to you, the celebrated Ferrari Gallery (Museo Ferrari) in Maranello 18 km from Modena. In the same town there is a home enterprise Ferrari .

At the moment of the virtual tour creation the theme exhibition “California Dreaming” took place within the walls of Museo Ferrari. The exposition was devoted to the 60-th anniversary of the brand Ferrari in the USA and a simultaneous demonstration of the model California T at Geneva automobile show.

The first hall is fashioned according to the theme of the famous American race track Laguna Seca. And amidst the display of this hall you can see the Ferrari 312 of the legendary American racer Mario Andretti and the race car Ferrari 312 T4 of 1979 of Canadian Gilles Villeneuve. 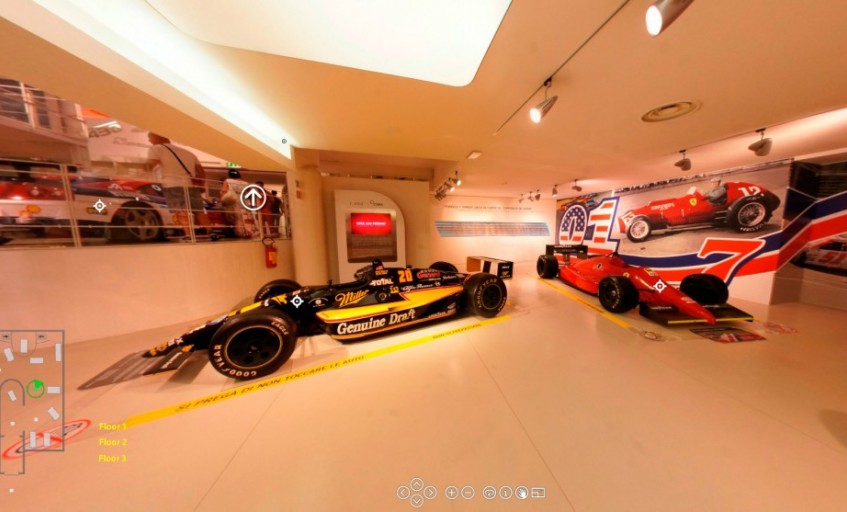 The Ferrari Indycar, built in the 80ies and never used, gave the birth to the Alfa Romeo on the chassis of the Lola, standing next to it, which was driven by Danny Sullivan, who got the fourth finish place during the season of 1991.

In the second aisle of the first hall there are also enough surprises.
To begin with these are combat motorcycles Yamaha and Ducati of Valentino Rossi and Casey Stoner, who had a breathtaking duel on this trace.

There is an exit from that small hall to the Ferrari’s Glory Room that is a permanent exposition of the museum. The race cars Ferrari F1 which brought victories to the Ferrari team from 1999 till 2008 are displayed here in a peculiar amphitheater as well as many different race trophies.

We go up to the third floor and find themselves between Rodeo-drive and Beverly Hills, where under the extemporary realistic photo wallpapers with neon signs you can see the Ferrari models of various years including from the very first variant California - Ferrari 250 GT California Spider "Passo Corto" of 1960…

Next to that hall there is a very interesting exposition, decorated after and in the style of the world famous automobile exhibition Pebble Beach Concours d'Elegance. The cars stand here on the golf field’s green grass against the background of spectacular views of natural landscapes.
And the participants of that exhibition section speak for themselves:
- this astonishing classical automobile, produced for American market is Ferrari 500 Superfast .

- A very amazing and rare car is Thomassima III of 1969 manufacturing year.
As it follows from the name it is the third model of American living company production from Modena of the designer and constructor Tom Meade, who gave his interpretation of the Ferrari style of the 60-70-ies. This model was grounded on the Ferrari 250 GT Coupe, and it was the most distinguished one from his creations. It can be described best of all by an interpretation of the model with a front-positioned engine, the legendary race sportive car 330 P4.

- And certainly all visitors are attracted by “mind-blowing biodesign” from world famous Swiss car designer Lutz - “Luigi” Colani - Colani Testa D'Oro of 1989.
This automobile is an interpretation of the Testa Rossa model. It equipped with two turbo compressors on a pancake 12-cylinder engine. It was built together with Lotec Racing Team. In 1992 this car set up a world speed record for automobiles with catalytic converters – 351km/h, in Salt Lake City in Utah, driven by Mike Strasburg.

California exposition ends on one of the most prominent world places associated with a revolution technical breakthrough – Silicon Valley.
The central exhibit here is the high technological chassis from the Ferrari F12 Berlinetta 2014.
Besides, the Ferrari FF 2011 and Ferrari 360 Modena 1999 look honorable. Any of the Ferrari models would look usual in such background environment, as each car of this brand is a masterpiece of its time technical revolution. 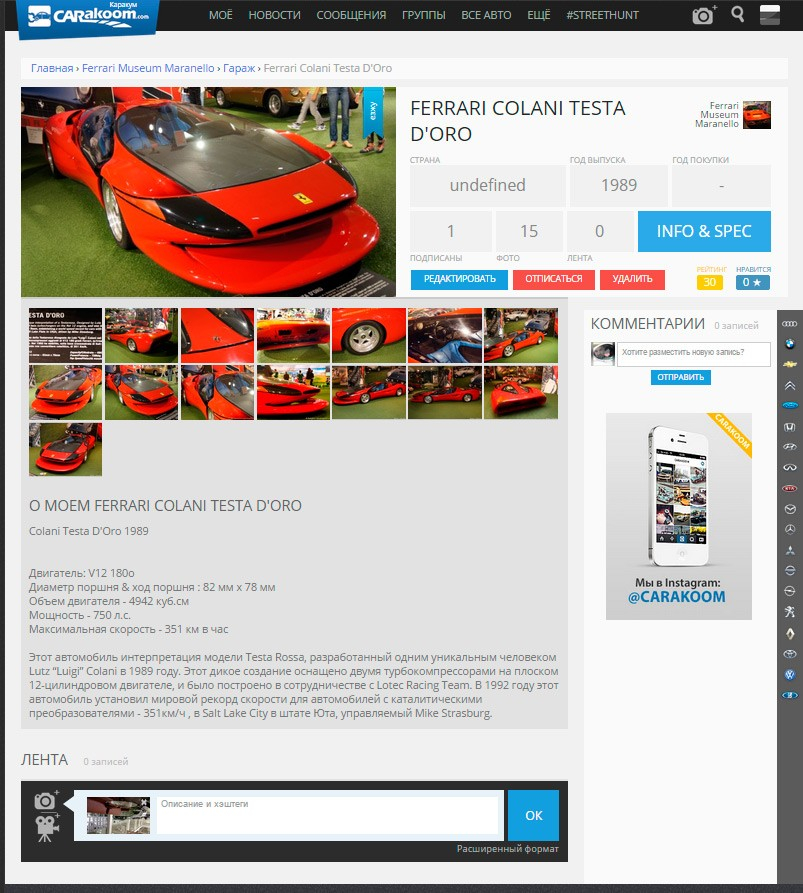 We are completing a short introductory excursion around the Museo Ferrari Maranello halls and invite you to plunge into a virtual tour more deeply and for more details, where except panoramic views you can enter a page of the exhibit interested you and read its history, specifications and photos selection

We wish you a pleasant excursion - 360carmuseum.com