www.hemmings.com
Breaking down the 1927 Dodges can be a bit confusing for the novice. They were offered in several body styles in up to four trim levels (Standard, Special, Deluxe Special and Custom) in three series over the course of the model year. The first series, introduced on July 1, 1926, did not carry a numerical designation; however Series 126--appearing on January 1, 1927--did, supplanted by the short-lived Series 124 introduced on March 22. Among them is this month's topic: a two-passenger Roadster Special.
Every Dodge, including the Roadster Special, was built on a 116-inch wheelbase chassis with a semi-elliptic leaf sprung suspension; Gabriel snubbers, a forerunner of the hydraulic shock absorber, could have been added. External mechanical brakes were reserved for the rear 14-inch drums, while 21 x 4-inch wood spoke Kelsey wheels were shod with 31-5.25 tires.
A carryover from 1926 was the 212-cu.in. L-head four-cylinder engine. With a 3.88 x 4.50-inch bore and stroke, 4.0:1 compression and single-barrel carburetor, the engine was rated for 35hp at 2,000 RPM, or 24 net horsepower. All told, there was an internal improvement in the number of main bearings--from three to five--permitting smoother sustained 50 MPH speeds. Further improvement came in Series 124 models when a "four-point support" (a.k.a. engine mount) was adopted. A rare aftermarket engine upgrade of the era was the overhead-valve Roof System that exploited 16 valves and dual carburetors, ensuring uniform compression and shorter fuel/air mixture passages, which in turn provided equal amounts of fuel during each cycle; less vibration was another plus.
Backing the engine was a three-speed manual transmission--with a "theft-proof lock"--that initially utilized a multiple dry disc clutch arrangement. Series 126 Dodges came with a new single plate clutch, followed by a change to a standard shift pattern (previously adopted by the rest of the industry) on Series 124 models. The last transfer point for horsepower was through a rear differential containing a 4.16:1 gear.
Visual differences specific to the Roadster Special versus a Standard included a nickel-plated radiator shell and windshield stanchions, and drum headlamps with nickel trim. Other standard features included cowl lamps, running board step plates, rear tire carrier, bumpers and a Moto-Meter.
Each interior had a bench seat finished in black leather, a rearview mirror, headlamp dimmer switch, exhaust body heater and an electric horn. A full complement of gauges--speedometer, ammeter and oil pressure--now exhibited white faces with black typeface. On the option chart were disc or wire wheels, taillamp, outside mirror, wind wings and spot lamps.
In spite of the few refreshing changes, Dodge production ceased at 146,001; model breakout is not known. While that number may seem high, it's dismal compared to the 249,869 units of 1926, which meant that Dodge quickly slipped to seventh in the industry. Today, club members openly consider the 1927 Dodge Roadsters quite rare. 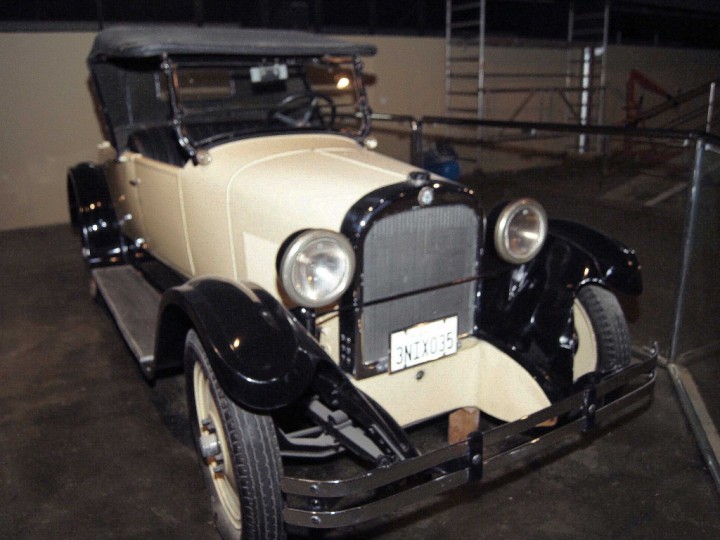 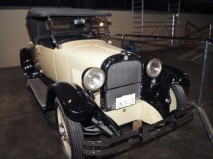