Lincoln Continental was a model name for a series of automobiles produced by the Lincoln division of Ford Motor Company from 1939 to 1948 and again from 1956 to 2002.
In 1961, the Continental was completely redesigned by Elwood Engel. For the first time, the names Lincoln and Continental would be paired together outside the Mark Series; along with replacing the Continental Mark V, the 1961 Continental replaced the Lincoln Capri and Premiere, consolidating Lincoln into a single product line. Originally intended to be the 1961 Ford Thunderbird, the design was enlarged and slightly altered before being switched to the Lincoln line by Robert McNamara. One of the most striking features of the new Continental was its size. It was 14.8 in (380 mm) shorter than its predecessor. So much smaller was this car, that advertising executives at Ford photographed a woman parallel parking a sedan for a magazine spread. The new Continental's most recognized trademark, front-opening rear "suicide doors", was a purely practical decision. The new Continental rode on a wheelbase of 123 inches (3,100 mm), and the doors were hinged from the rear to ease ingress and egress. When the Lincoln engineers were examining the back seats that styling had made up, the engineers kept hitting the rear doors with their feet. Hinging the doors from the rear solved the problem. The doors were to become the best-known feature of 1960s Lincolns. To simplify production, all cars were to be four-door models, and only two body styles were offered, sedan and convertible. The 1961 model was the first car manufactured in the U.S. to be sold with a 24,000 mi (39,000 km) or 2-year bumper-to-bumper warranty. It was also the first postwar four-door convertible from a major U.S. manufacturer. Walnut-paneling was on the doors.
Despite the smaller exterior dimensions, at 4,927 lb (2,235 kg), the new sedan was only 85 lb (39 kg) lighter than the lightest 1960 Lincoln four-door sedan (2 lb less than a two-door); at 5,215 lb (2,365 kg), the convertible outweighed its 1960 predecessor by 39 lb (18 kg). As a result (save for their respective nine-passenger models) the new Lincoln was still heavier than anything from Cadillac. or Imperial. This solid construction led to a rather enviable reputation as "Corporate management was determined to make it the finest mass-produced domestic automobile of its time and did so."
The 1961 Continental was Elwood Engel's Magnum Opus, as he was responsible for the complete design of the car. It was a sales success, with 25,160 sold during the first year of production 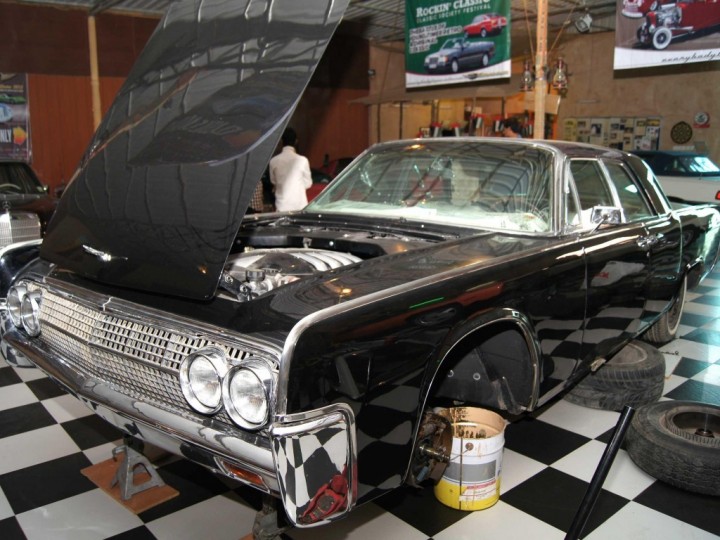 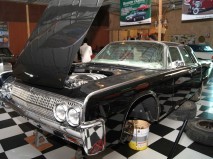 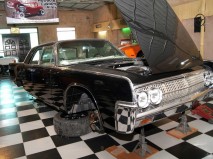 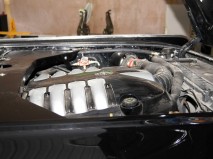 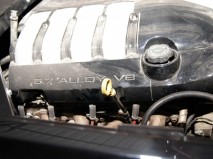 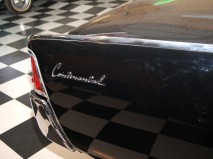 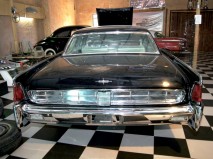 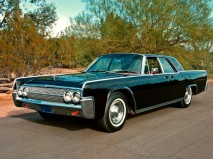 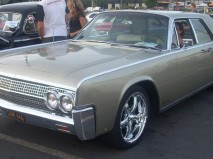