The automobiles which were a brainchild of the unmatched genius and the most famous “auto-Italian” Enzo Ferrari captivated the whole world by their cult. Needless to say about Italy itself and lost in admiration Italians, who had been fancying motorcycles and automobiles and dreaming of car races since the very childhood. 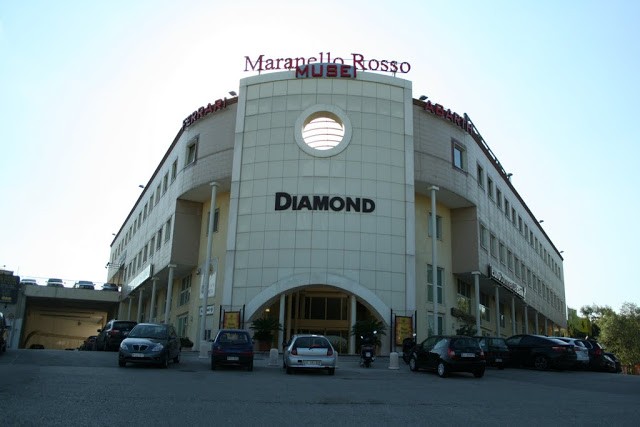 One such dreamer was born in the centre of Italy in the town of Sangemini on 17 June, 1935. His name was Fabrizio Violati. He took part in motorcycle and car racing and made real progress. Having become a strong supporter of Italian superiority in the field of automobile building and design, he got a many years’ passion for Ferrari brand. It was just this passion which led him to personal relationships with Enzo Ferrari who authorized Violati to organize Ferrari Club Italy in 1984. 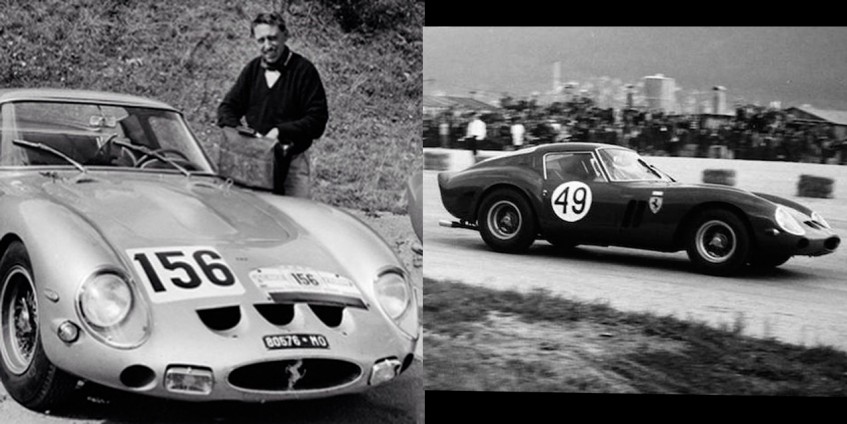 But today the talk is concerning a very interesting theme museum established by Violati in 1989, devoted entirely to the automobiles of the Ferrari brand - Maranello Rosso Collezione, situated in the pocket country San Marino in the centre of Italy.

Unfortunately, the museum isn’t functioning currently. After its founder’s death in 2010 at the age of 74 most of the valuable showpieces were sold at high-class auctions, and evidently you can visit the museum and see it in such kind as it was when its founder was alive only on our virtual tour!


There were many things to look at. The legendary and rare Ferrari models in the number of 25 samples stood in the harmonious surroundings made from different Ferrari attributes, photos, posters and spare parts. 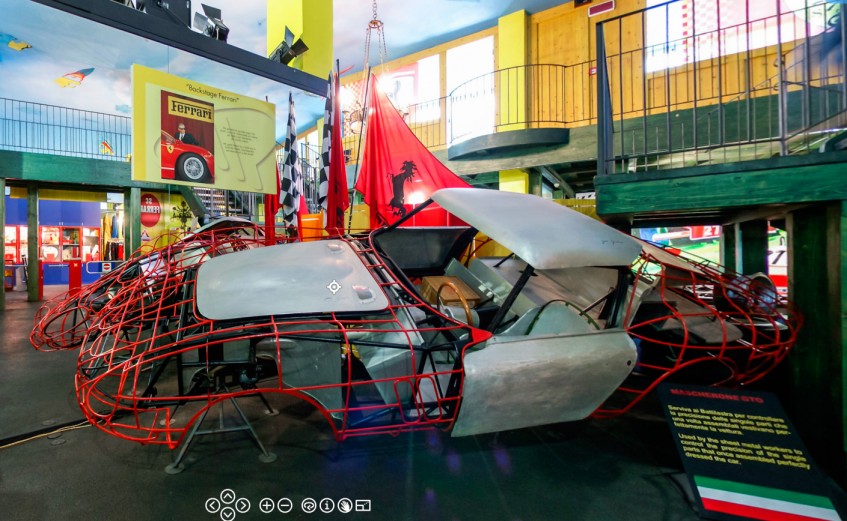 At the very entrance there is a unique installation from the technologic template of 250 GTO model of 1962 year, which was used by the workers of the plant and auto body shops to inspect and match body sheet metal before it is installed on the real chassis. 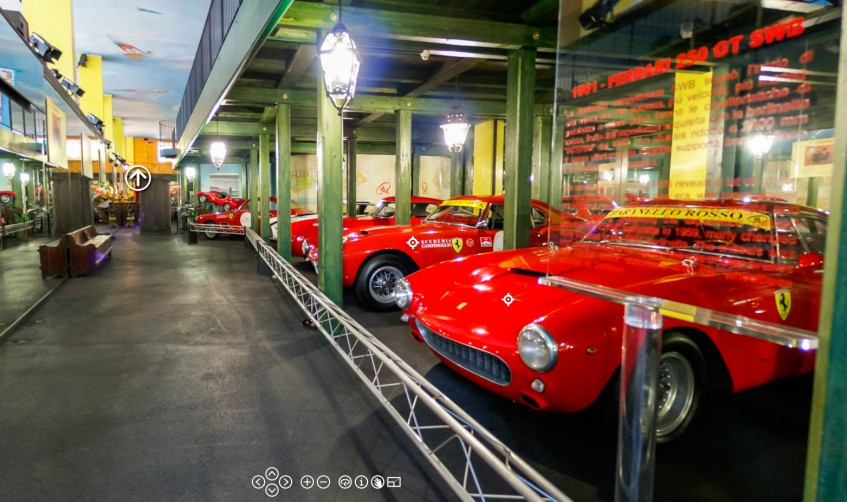 Then we enter the hall filled with single-type similar in appearance automobiles at the first glance. We face the oldest car in the whole collection - the Ferrari 195/S Coupe of 1951 manufacturing year. It was a race sport car Ferrari for the first time produced in 1950. The body was built by the Vignale workshop. First it appeared at the Giro di Sicilia race on 2 April, 1950. It looked like the model 166 ММ, which also took part in that race. These two automobiles, one open and the other coupe, had an identical wheelbase in 2,250 mm (89 inches) and were powered with the Colombo V12 engine of the increased capacity up to 2,341 cm3. 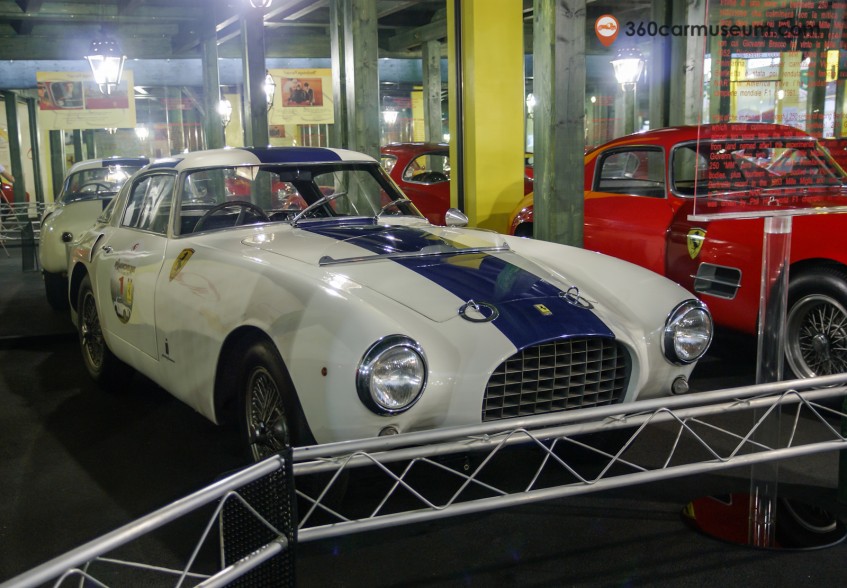 The body was created by the Pininfarina designer firm and the 250 MM new coupe was introduced at Geneva Motor Show in 1953. That car was simple according to the modern standards, but it possessed a particular style with a small radiator grill and a super-scenic rear view window. The Carrozzeria Vignale firm with the barchetta open version laid a new groundwork of the styling with recessed head lights and side holes, which became the basis for the Ferrari of the 1950s. The wheelbase of the 250 MM became larger than of the 250 S, having increased to 2,420 mm, as well as the gross weight rating was enhanced to 850 kg. The power output comprised 240 hp (177 kW). 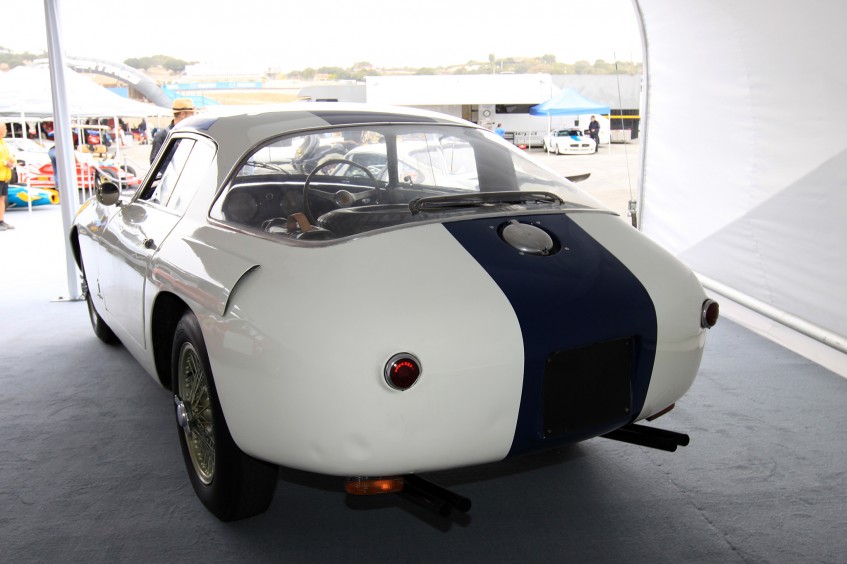 Along with the 250 S, the 250 MM was a sport car, which made its debut at the Giro di Sicilia with the driver Paolo Marzotto. The 250 MM with the Carrozzeria Morelli body driven by Clemente Biondette came fourth at the Mille Miglia race in 1954. The V12 engine on the 250 MM was replaced by a 4-cylinder 625 TF and later in 1953 by the 735 S. This automobile with 312MM engine number was sold at the Bonhams auction for a fabulous money amount of $7, 260, 000.

Here is one more job named after the achievements in the particular race the Ferrari 250 GT LWB T.D.F. of 1957 manufacturing year. 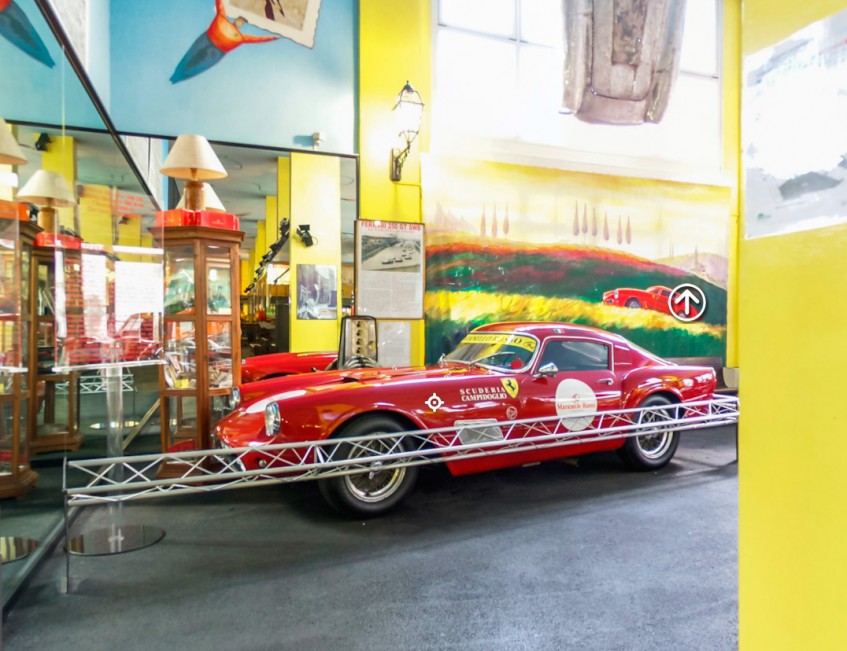 The abbreviation T.D.F. means "Tour de France": after the successful 10-days automobile rally Tour de France, but not by the name of the well-known bicycle racing with the same name. A total of 77 samples of the Ferrari 250 GT LWB T.D.F. were built. Several 250 GT "Tour de France" Berlinettas, sold for GT races from 1956 till 1959, were produced by the Carrozzeria Scaglietti on the base of the Pininfarina’s design. At first the engine had the power of 237 hp, and then it grew up to 256 hp at the end of production.

We turn round the corner... 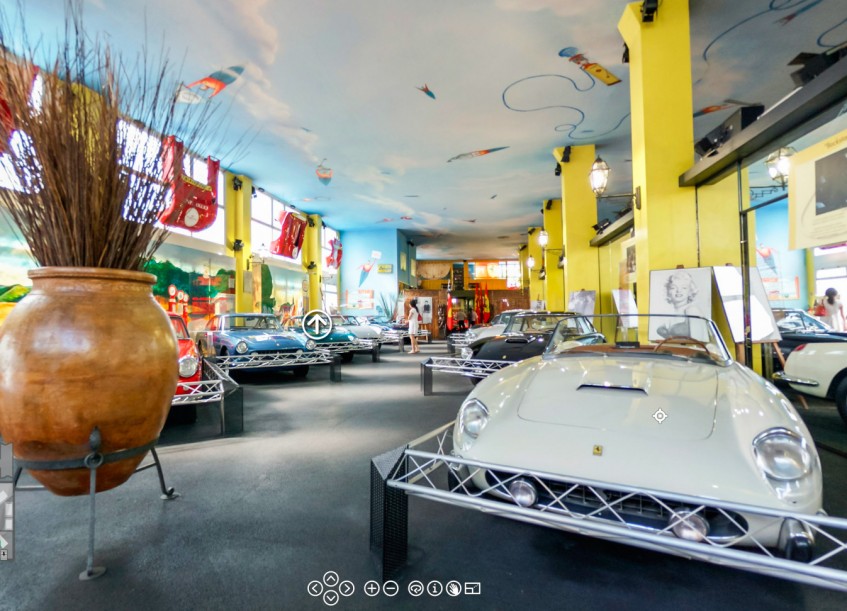 ...and just come across the most precious automobile in the collection, it is the Ferrari 250 GTO Berlinetta of 1962 manufacturing year. 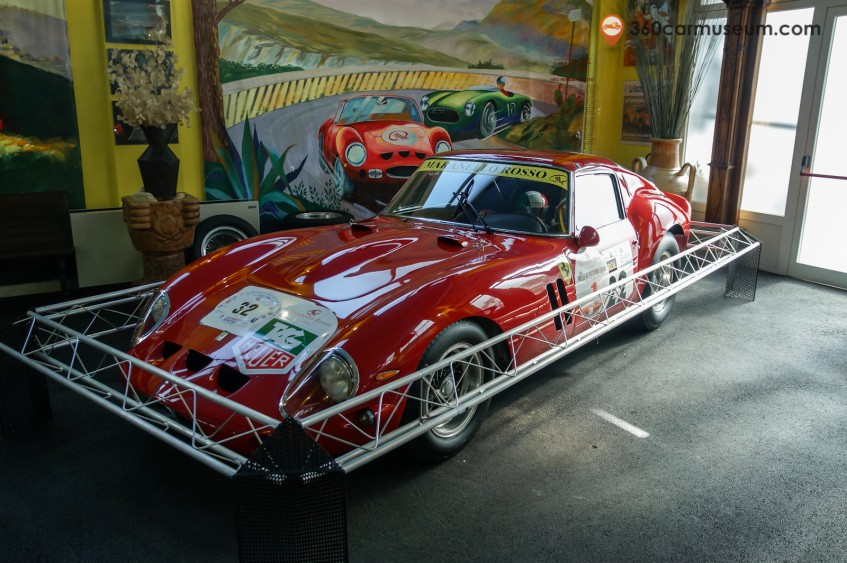 The 250 GTO is the most desirable pearl from the world classic automobiles. It is a beauty in which the owner can demonstrate his mastery on the race track and then drive a comfortably sitting nearby companion for negotiations.

This automobile with chassis number "3851 GT " was the nineteenth produced 250 GTO Berlinetta the work on which was finished on 11 September, 1962. The automobile was delivered to the leading French racer Jo Schlesser and the French mountain skiing champion Henri Oreiller in 1962 on Tour de France. They were close to the victory and finished second in the overall standing. 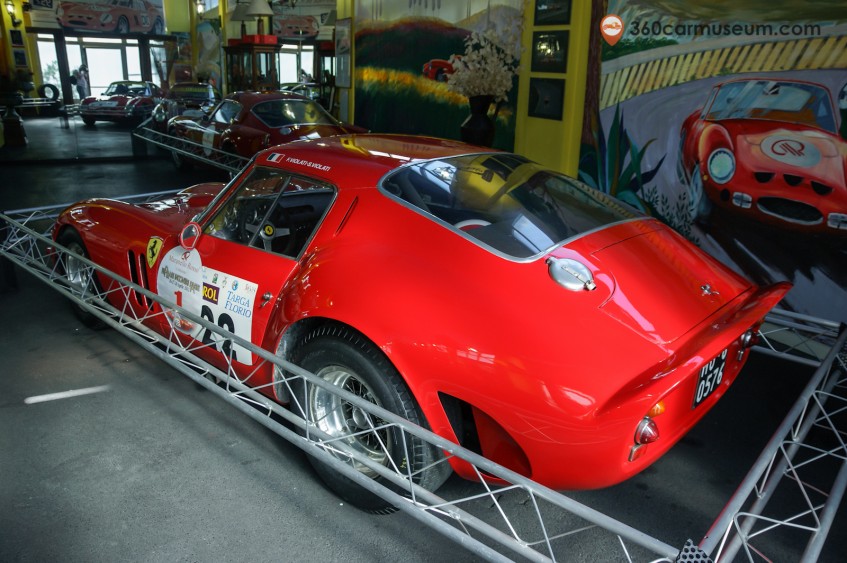 The automobile was crashed during the race at the car-testing track in Montlhery, south of Paris. It was repaired directly in the Ferrari in Italy and sold to the racer Paolo Colombo for participation in the season of 1963. Paolo Colombo had held a very successful racing season and had taken part in many competitions before the car was sold to Ernesto Prinoth in 1964.

Ernesto Prinoth used the car for races of a hillclimb type and in circuit races with wonderful results again. In 1965 the young Fabrizio Violati bought the getting older automobile. He recollected, "I saved this automobile from destruction and concealed it from my parents. I drove it only at night not to let anybody see me." For almost forty years Fabrizio Violati employed this fairy-tail Ferrari 250 GTO in vintage cars races and historical race events – and it became one of the last regularly competing cars up until the 2000s. This extraordinary car was sold at the Bonhams auction for the highest price in the whole collection - $38, 115, 000!

Nearby modestly in the corner the smallest of all Ferraris has settled itself, however it has got a notable and handsome name - Ferrari ASA Mille Gran Turismo Coupe of 1964 manufacturing year. 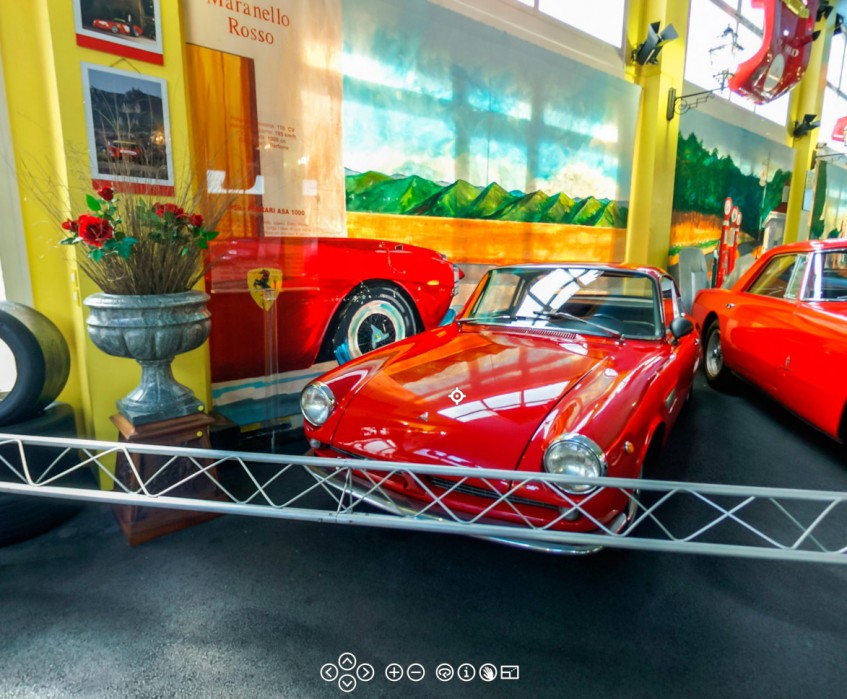 By the end of the 1950s the Ferrari needed money which could be received from a larger sales volume growth, but the headship did not want to lower priced for its products. Therefore when it was decided to launch a rather less and cheaper model, a determination was made that it would not bear the name Ferrari.

Instead of it Enzo Ferrari set off to the ASA, and though the automobile’s design was his in the result, but the 1000 GT models do not bear the sign Ferrari. The automobile was developed by Giotto Bizzarrini under Ferrari’s design and produced by the ASA company in Milan (at the plant belonging to the De Nora Electrochemical Group) from 1964 till 1969.

The 1000 GT model was introduced in 1962 and its production began two years later. The body was worked out by Giorgetto Giugiaro in Bertone. This small GT automobile was powered by a four-cylinder OHC 1,032 cc engine, which was developed by the Ferrari engineers for the project initially called "Ferrarina". 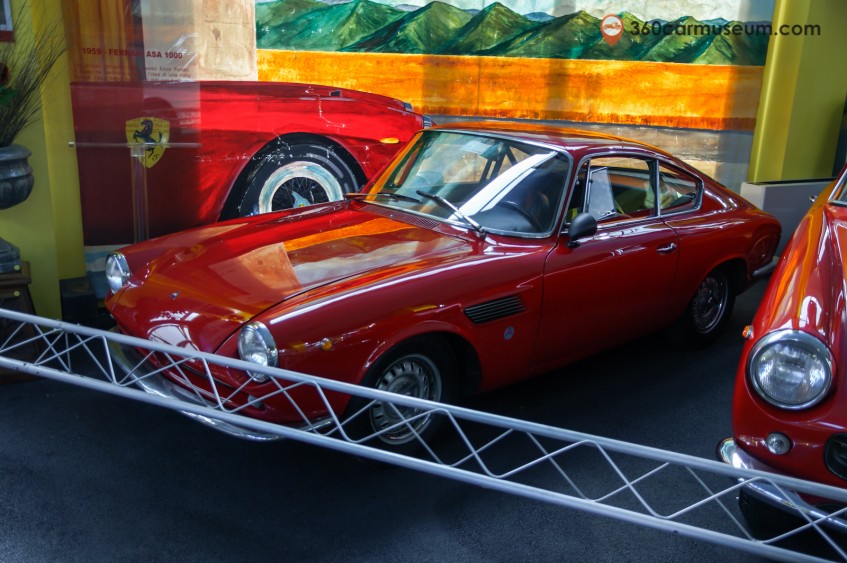 The 84 hp engine gave the possibility for the ASA to yield impressive speed results achieving 115 mph. After two production years the Mille was replaced by the ASA Rollbar GT Spider with a 6-cylinder 1.3-litre engine while the 1.7-liter one was produced only for export. Later the costs were reduced on the basis of body extrusion of fiber glass, but after about 50 pieces had been produced the project stopped in 1967.

We can’t help staying away from the most magnificent white FERRARI 250 GT SERIES 1 CABRIOLET of 1957. 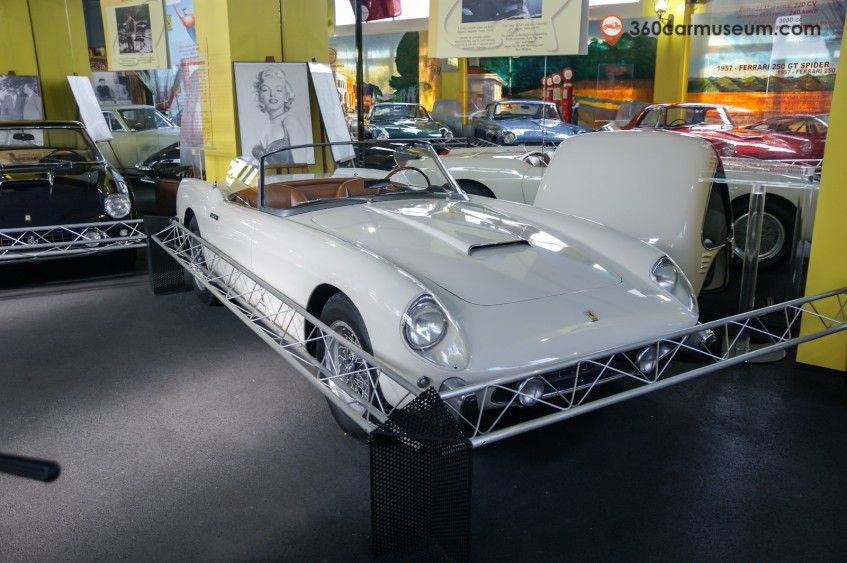 The 250 Spyder of 1957 manufacturing year known with the historians as "Unique Pininfarina Spider series", was called so to distinct it from later versions. This automobile with chassis 0759 is a stylish cabriolet that reflects perfectly well the life style spirit of Dolce Vita in the late 1950s. 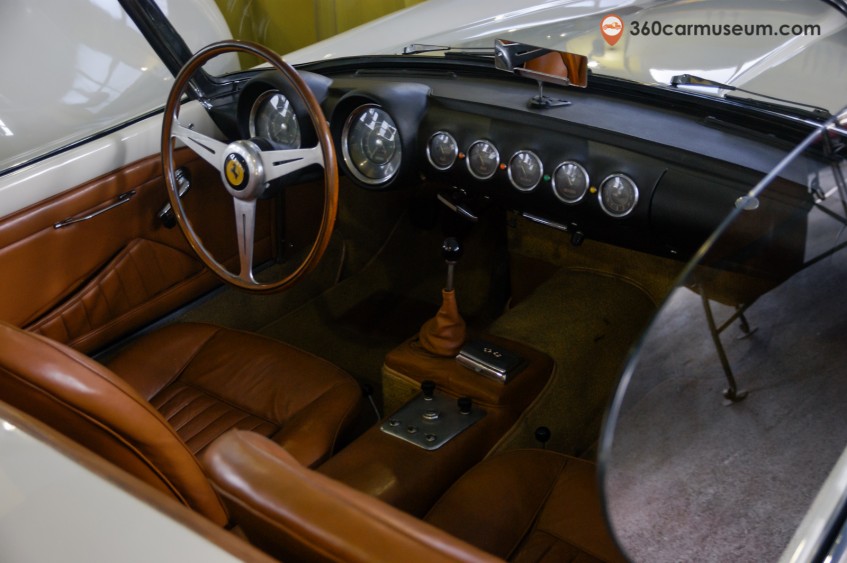 Its peculiar feature is emerging beside handles rear fins and a hard roof with a leather top especially developed by Pininfarina in order to correspond with the traditions. It was a unique model with which American customers were just in love. There is an element of uncertainty in the fact whether Marilyn Monroe employed this automobile or not, but once having seen this splendid museum exhibit you begin to believe it. 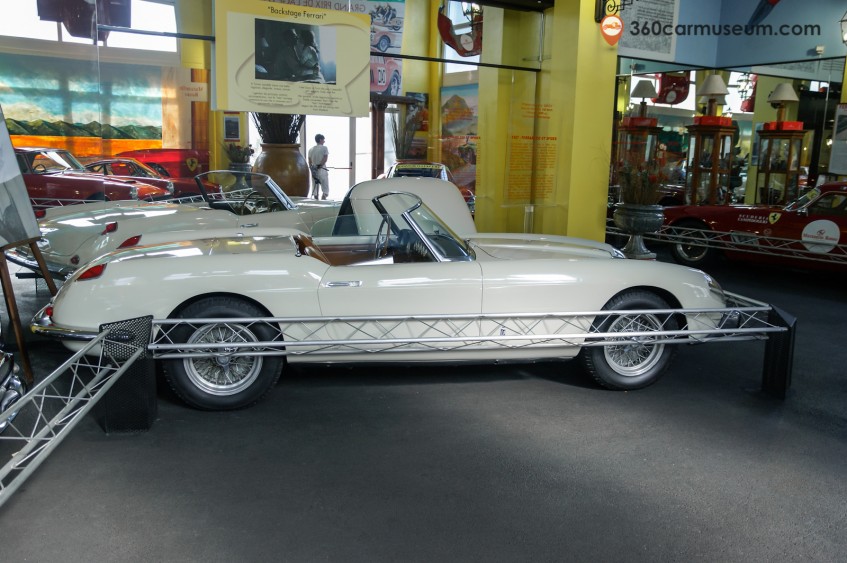 It is known that it is a very early job appearing to be only the eighth out of 40 built in totality. The estimation of its exclusiveness and value for collectors composes the final price at which the automobile was sold at the auction - $6, 820, 000.

Mainly race Ferraris are presented in the next hall. 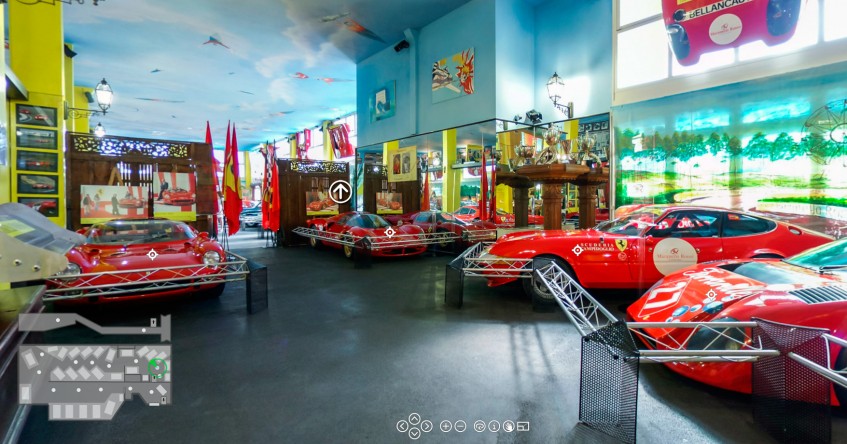 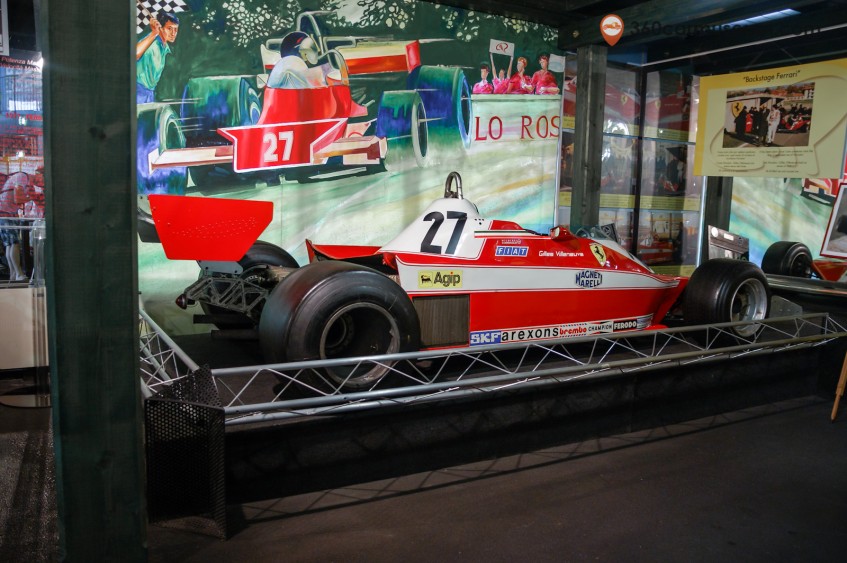 This is the automobile of 1978 season, which was led to the victory by Carlos Reutemann during the British Grand Prix of 1978 on Brands Hatch race track. The victory came after difficult beginning of the season in which Reutemann was in several accidents. Later the automobile also came in first in 1979 Race of Champions (on the same Brands Hatch road) with the Franko-Canadian ace Gilles Villeneuve. 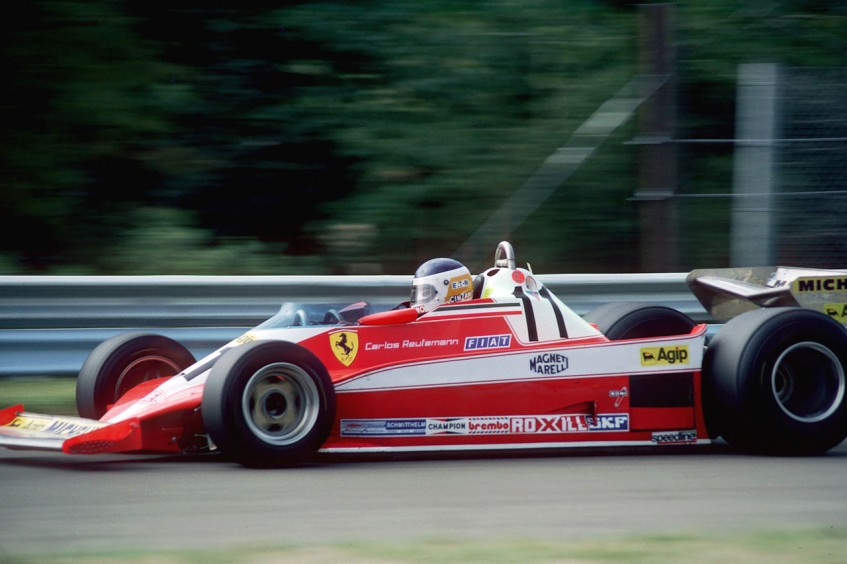 When this car was sold at the auction, its final price also made up an impressive sum - $2, 310, 000. One more challenging race car the Ferrari Dino 246 Tasmania of 1968 manufacturing year stands next to the preceding showpiece. 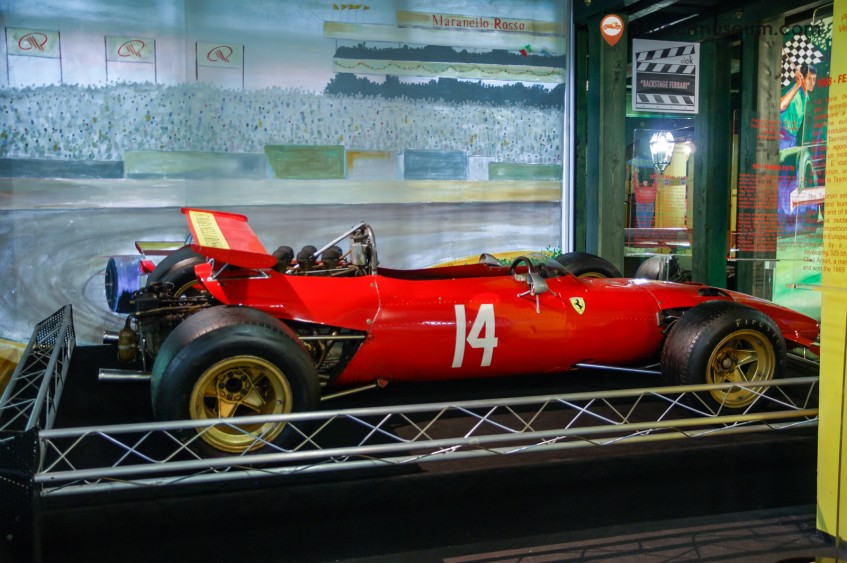 Fabrizio Violati obtained it for its collection in 1980. It remained in its initial state and possesses today quite attractive patina. Being such, it is one of the disappearing groups of the historical race cars in which you can feel the touch of our great racers from the past. The automobile was a success in New Zealand in the Tasman Championship in 1969. Within this year tour Chris Amon drove two cars (with chassis numbers 0008 and 0010) Ferrari Dino Tasman team together with the Englishman Derek Bell. Chris Amon at the wheel of this gorgeous Ferrari Dino 246T became Tasman champion of 1969. The museum has got a view balcony along the whole exposition, from which you can enjoy all legendary automobiles once again. 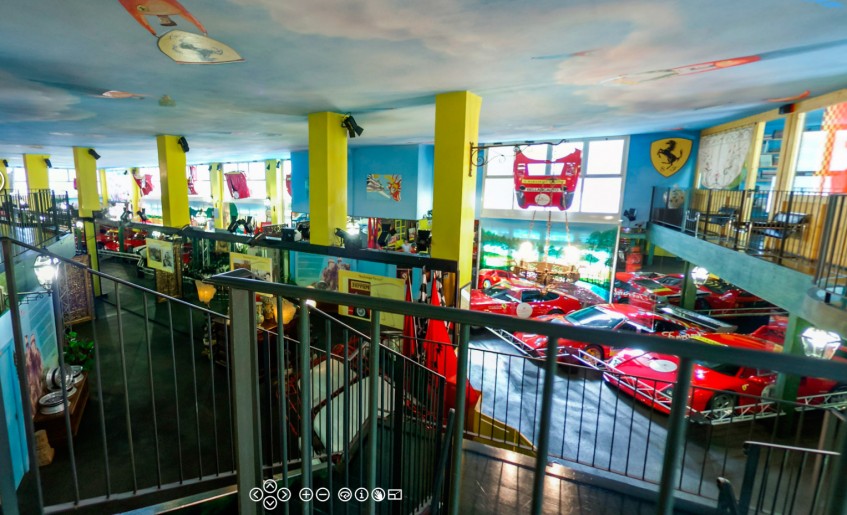 Here you can also admire different photo materials and awards of the collection owner and his cars.

All over again we give proper respect to the genius of the great Enzo Ferrari and a huge labor of the outstanding collector Fabrizio Violati and visit this frozen instant (which we cannot touch anymore, I regret to say...), captured by us in the virtual tour around this remarkable museum in the pocket country, however in the very center of such “big automobile Italy”.