War Museum in Thessaloniki is a Historical Proud of the Greeks.

The War Museum is situated right in the centre of Thessaloniki (Greece), Halkidiki in the midst of operational military facilities.

It was opened in October of 2000 in a building constructed in 1900-1902 upon the project of the architect Vitaliano Posseli on the town Field of Mars. 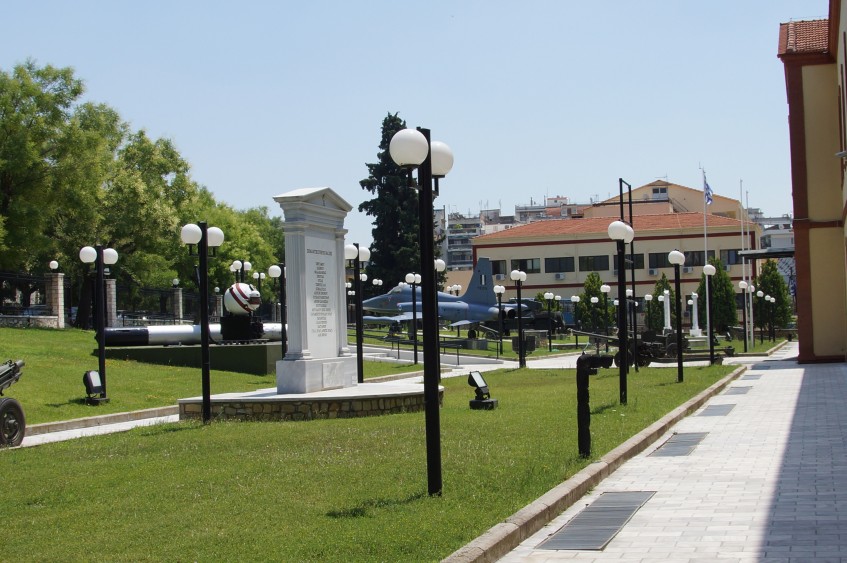 Its main purpose is to hold onto the historical past and combat inheritance of the Greeks in North Greece and tell about the most pivotal moments in Greek history from the beginning of the twentieth century till the period of the liberation from German-Italy-Bulgarian occupants at the end of World War II. These milestones include: Greek Revolution, the Struggle for Macedonia, Balkan Wars, World War I, the Asia Minor campaign of Greek Army, the Greek-Italian War, the Heroic Defense of the Metaxas Line in East Macedonia by Greek Army in 1941, the Battle of Crete, the triple German-Italy-Bulgarian occupation of Greece and Greek Resistance, the participation of Greek Army in the allied operations in North Africa, Italy and Normandy, the liberation of the country from the occupants. It has to be said that many events were absolutely new and unfamiliar for us, foreigners. 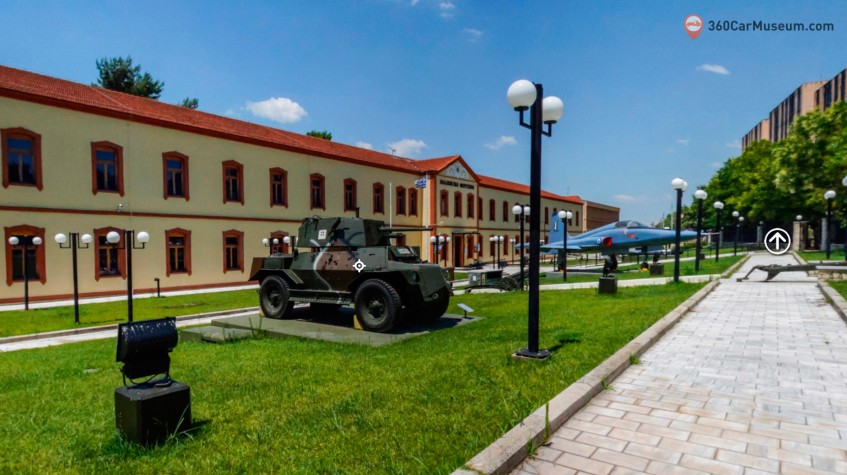 We began to tour the museum exhibits from the open exposition of military weaponry, situated around the primary museum building. You can do the exhibition in further detail, going within a virtual tour on our portal - 360carmuseum.com. The mainstream showpiece (and the most spectacular) is an American light-weight multi-role fighter Northrop F-5 Freedom Fighter/Tiger II of 1965. 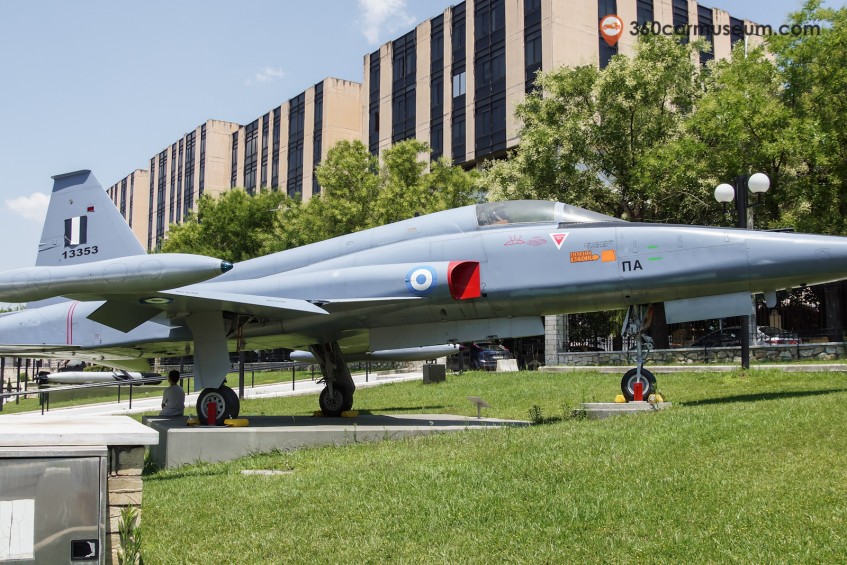 It proudly overspread its mighty wings right in front of the main entrance to the museum building. The aircraft was designated generally for the export to the countries, receiving American military assistance. It was in service with the armies in many countries of Europe, Asia, Africa and Latin America at different times, having become one of the most widespread warplane in the world. 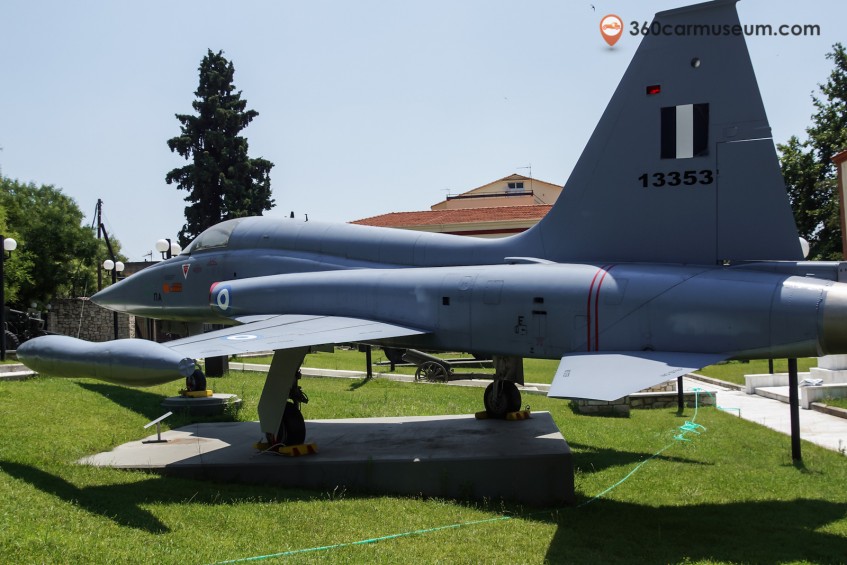 A sea theme is presented by a huge steam torpedo - Mk 8 Surface-Launched Anti-Surface Torpedo. Developed by the company Bliss-Leavitt and available in 1911, Мk 8 was the second steam destroyer torpedo, also it was the first torpedo in the USA of 21 inches in diameter (533 mm). 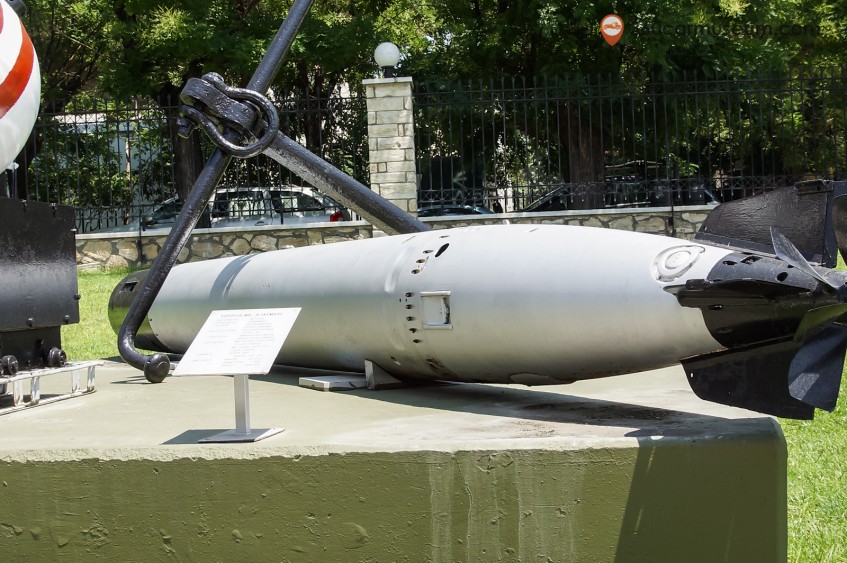 In spite of the fact that it was introduced before the First World War, most of them were applied on motor torpedo-boats during the Second World War.

Military artillery is widely displayed in the exposition of the War Museum in Thessaloniki, beginning from the oldest German field gun of 75 mm made by the company Krupp in 1878. 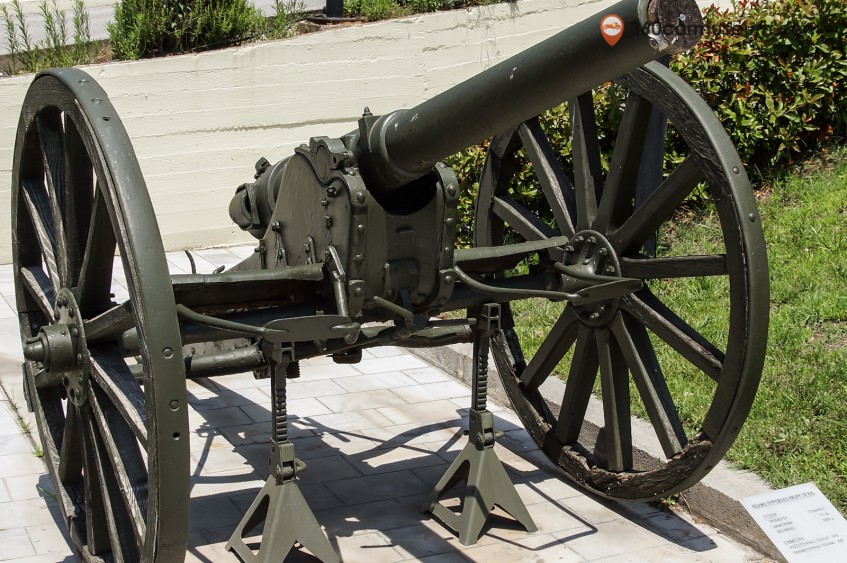 Except the Prussian Army the guns of this firm were bought by the Russians, Austria and the armed forces of the Ottoman Empire in 1860-s. By 1870 their weapon was obtained by almost all countries around the world. A very interesting sample also stands next – this is a British medium howitzer BL 6-inch 30 CWT, used in the Second Boer War and in the beginning of World War II. 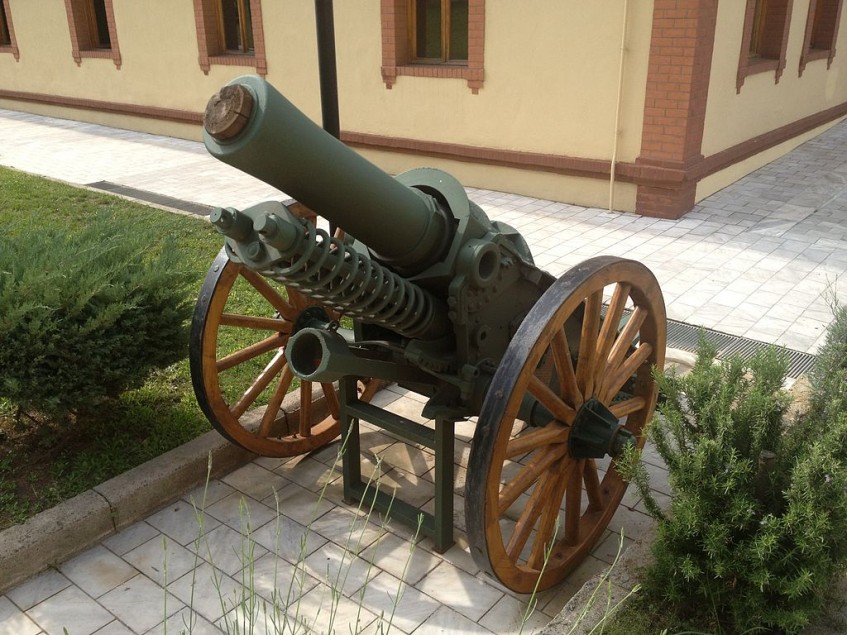 The classificatory "30cwt" refers to the full weight of the tube and the breech end, which weighed 30 hundredweight (CWT): 30 x 112 pounds = 3,360 pounds. The howitzer may be identified by a small bell-mouth barrel and large recovery springs under the tube. 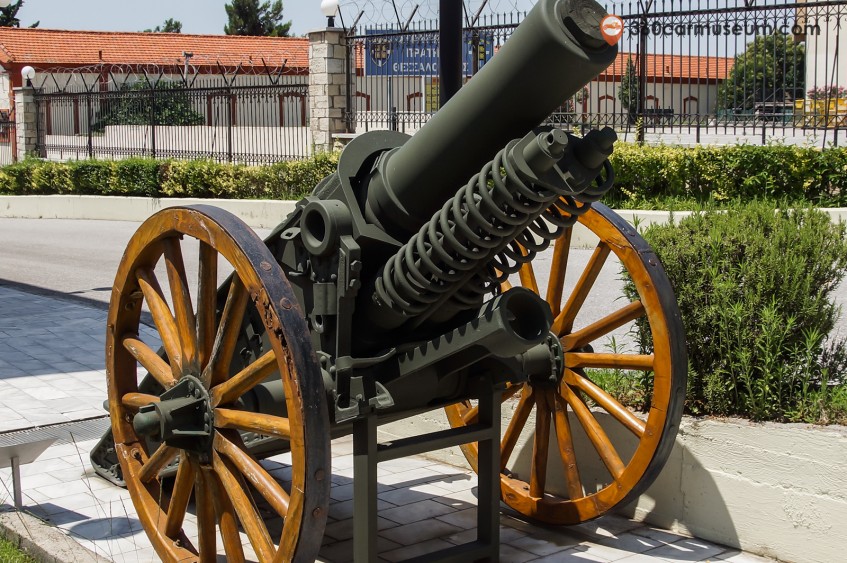 And one more artillery gun this is an American 75 mm mountain howitzer M1A1 Pack Howitzer of 1940 manufacturing year. 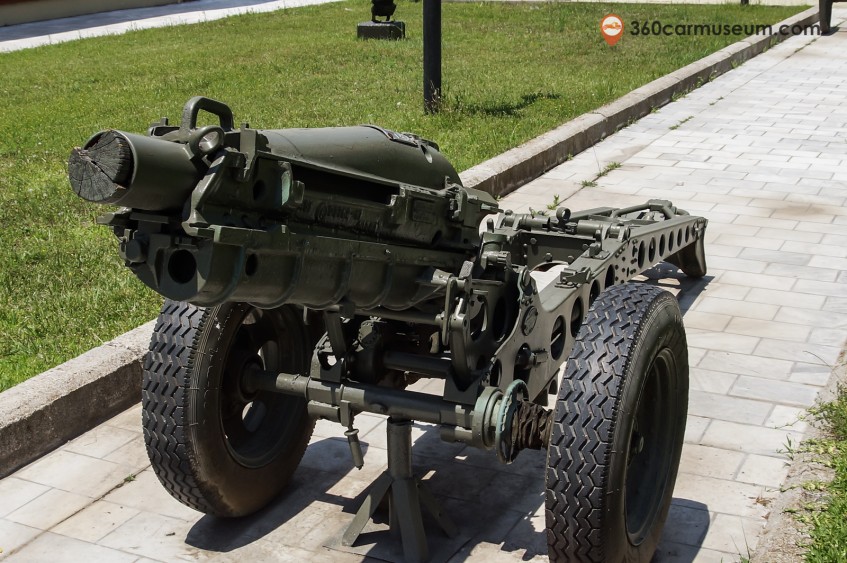 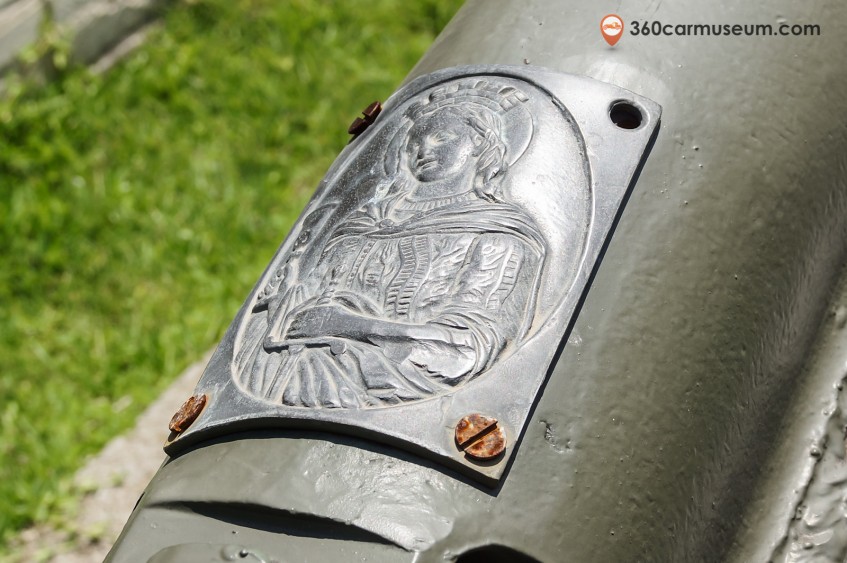 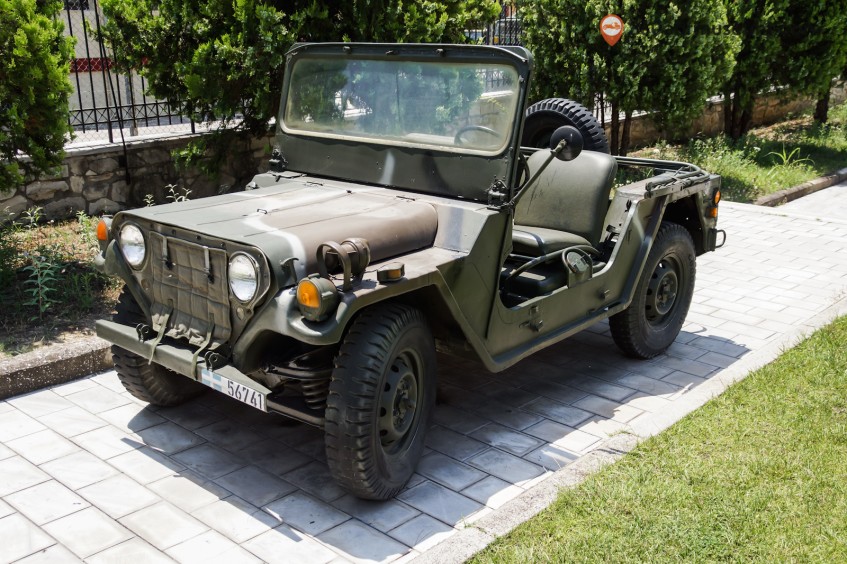 ... and a challenging modification - M38A1C Jeep 1952, provided at first with a 105-mm recoilless gun M27A1, and then with an improved 106-mm recoilless gun M40A1. For the purpose the wind shield has got a special cut-off making possible to place a long gun tube. 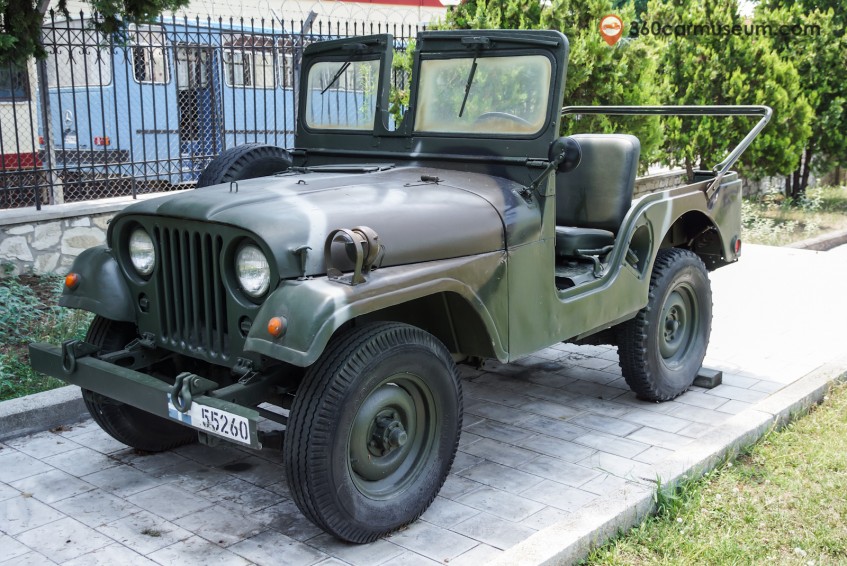 While the model M38A1C was taken out of service in the USA, it could be seen for a rather long time army accepted in Middle East and South America. 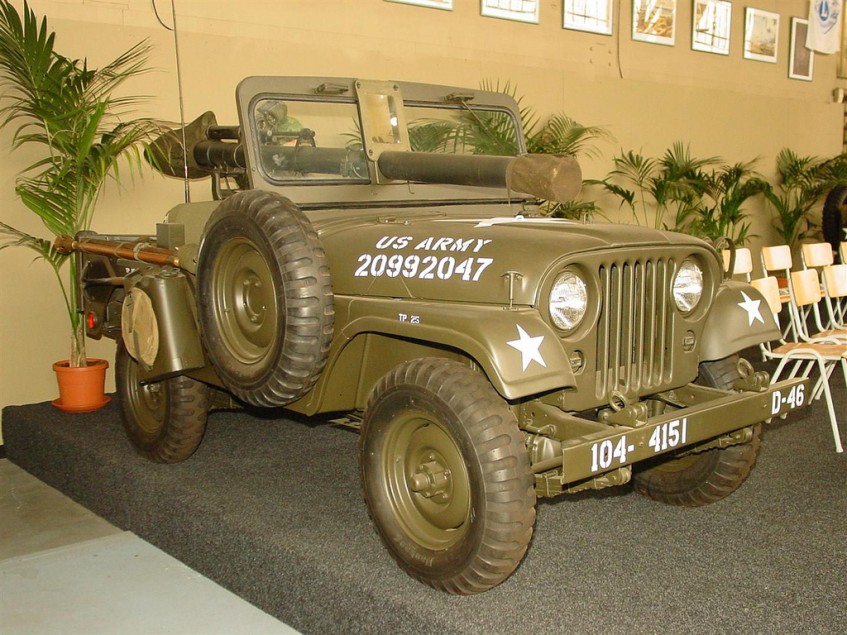 The list of the countries, which used the M38A1C, included Australia, Brazil, Canada, Iran, Israel, Jordan, Pakistan, Peru, Morocco, the Republic of the Congo, Spain and Uganda.

Next in rating there is a light-weight four-wheeled armored carrier - MARMON-HERRINGTON MK.4 of 1943 manufacturing year, the last version of Marmon-Herrington series during the wartime. It was implicitly revised and went into production quickly. The real improvement in comparison to the previous constructions consisted in the employment of a larger turret, armed with two-pound cannon (40 mm / 1.575 inch). This put its fire power on one and the same level with most of British designs of the War beginning, which was more than enough for this reconnaissance vehicle to resist enemy. 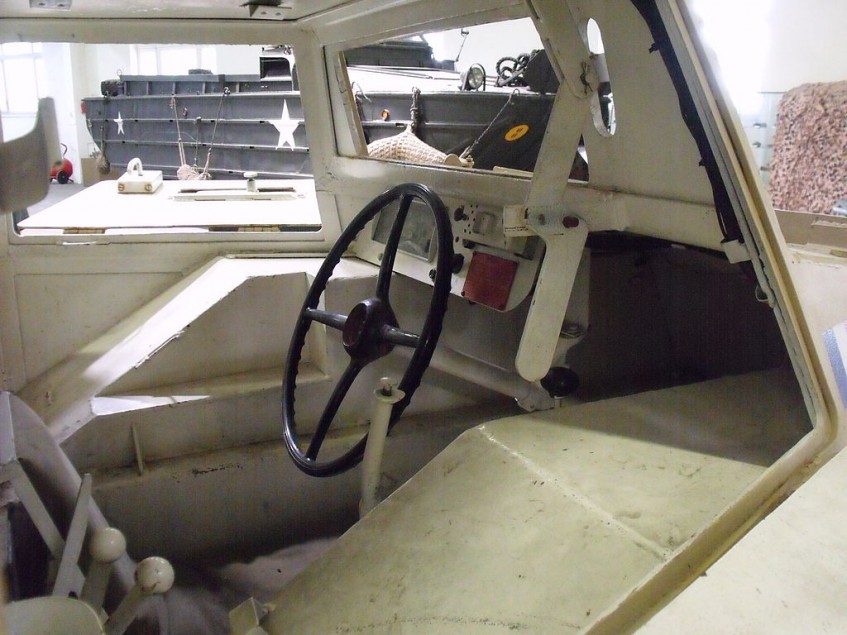 The armored motorcar was on long active tour almost till 1980-s in many countries which testified about its reliability and structural strength.

The light-weight combat car M8, "Greyhound" 1942, the USA is from the same family. 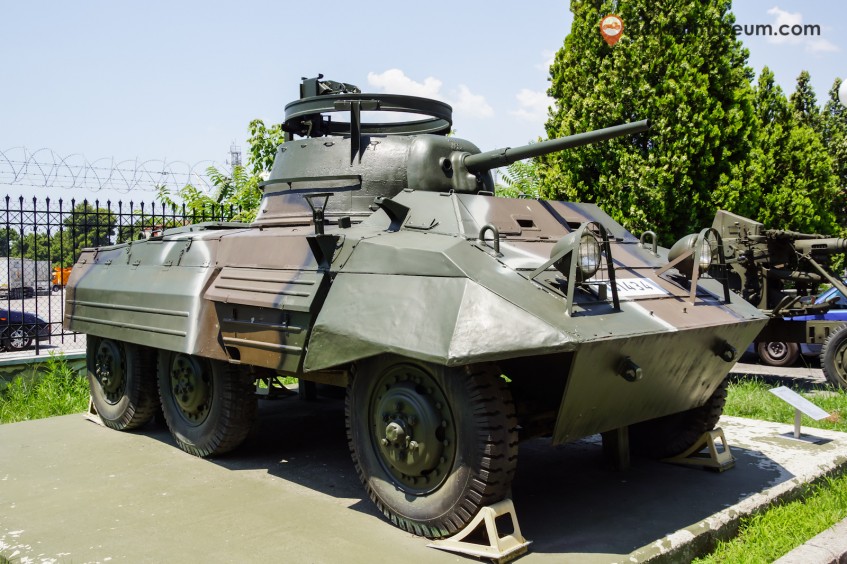 The armored car М8, created by the Ford firm in 1942 was a primitive form of the combat car used by the US Army during World War II. It was built on the base of a standard three-axle truck with a wheel arrangement 6x6 on the other hand it had a “tank” layout: an engine compartment with a liquid-cooling carburetor engine is located in the rear, a fighting compartment is in the middle and a driving compartment is in the front. A rotating turret opened from top with a 37-mm cannon and a 7.62-mm machine-gun is mounted in the fighting compartment. The12.7-mm antiaircraft machine-gun is set on the turret to defend from air strike.

At the end of our brief review of the outdoor display we introduce a true “armored tsar of all military beasts” – a self-propelled antiaircraft vehicle М42 Duster with a twin-barreled 40-mm canon (USA) of 1953 manufacturing year. This vehicle was made in 1951 on the base of the light-weight tank M41 Worker Bulldog and designed to replace a similar gun M19 which employed an old-fashioned by that time chassis. The M42 was put into service in 1953, commercially produced from 1951 till 1959, a total of about 3,700 M42 were built. 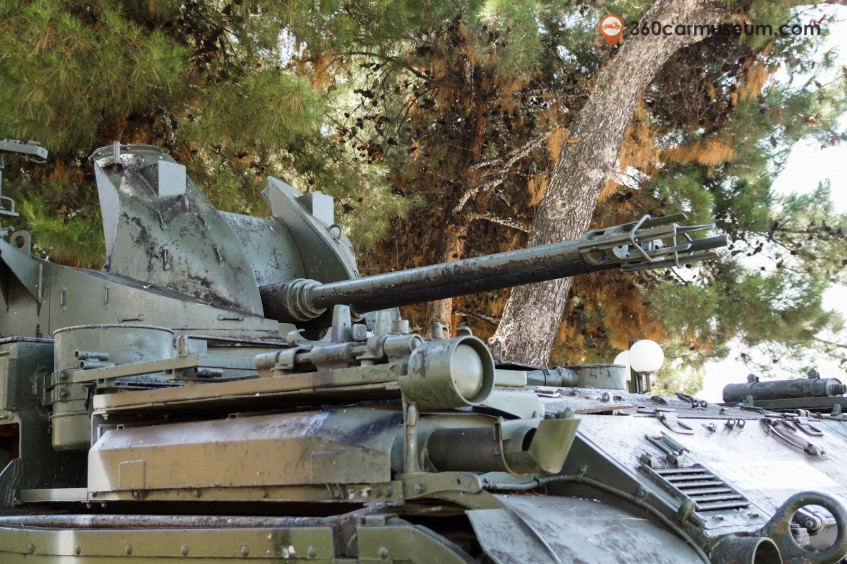 By early 1970-s the M42 was on a large scale substituted with more modern ZSU M163 (SPAAG – self-propelled anti air gun), but they were still in service at some forces till 1988. We remind once again that you may wish to get acquainted with the military hardware exhibits in detail through the virtual tour on our portal - 360carmuseum.com

However, we are going to keep the inside exposition of the War Museum as a real intrigue for a person visit. All the more there is much to see and the presentation is on the level of the best world museums. The lover of the war history and its attributes and artifacts (even regular visitors) will be spellbound by new facts, the weapon and uniform restoration quality and different historical documents. We dare to guarantee it. Moreover an up-to-date media system on the base of iBecon technology will be arranged in this museum, which allows making a personal guide around the museum from an own smart phone after a special application is downloaded.

As for us we are presenting the photo of an unknown transport facility for the carriage of the wounded. 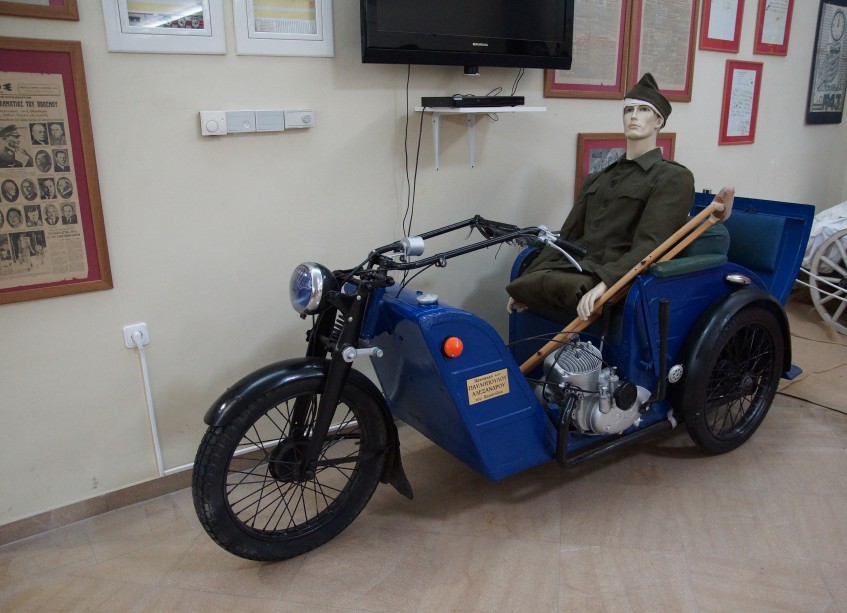 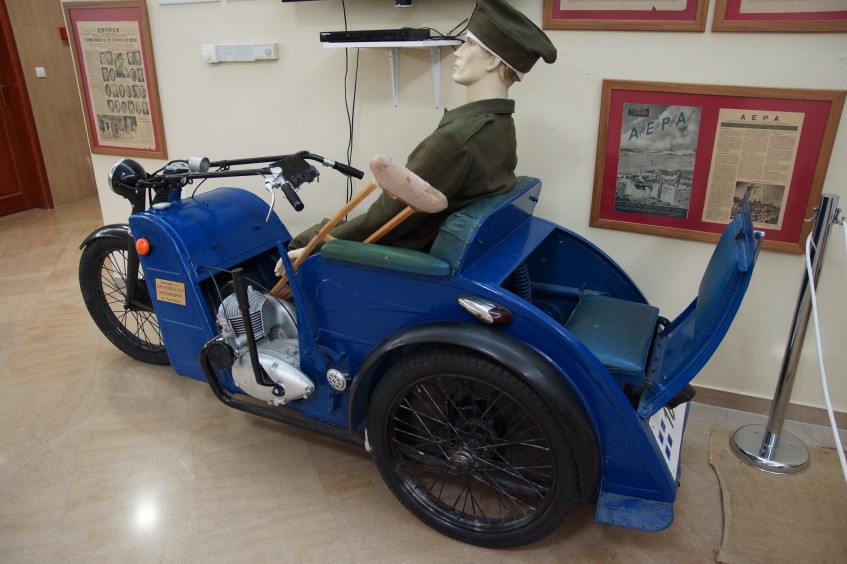 Can anybody give us some hints what it is?


On our part we wish you a pleasant museum tour and you may wish necessarily to leave feedback: in the guestbook when you visit the museum in person, and submit your review on the museum web page when you do our virtual tour.
Please, tell your friends about us!