Opening of New Exhibition in Classic Car Museum in the Town of Al Ain (UAE) . 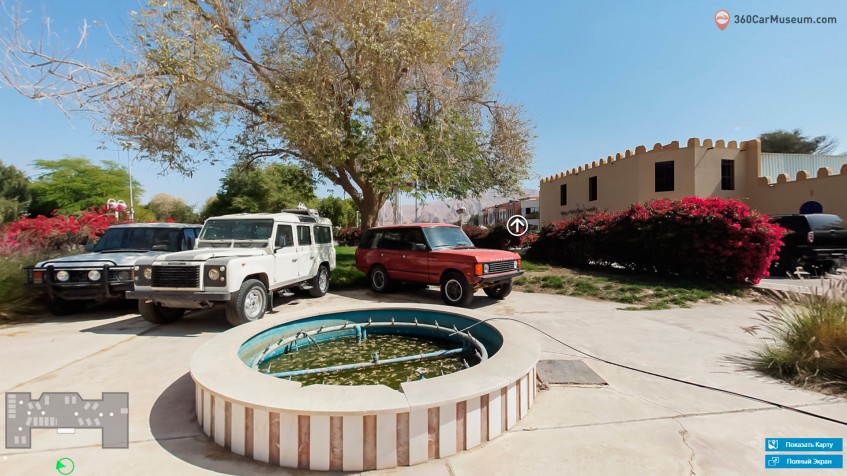 During our succeeding trip to the United Arab Emirates in February, 2015 we scheduled a compulsory attendance of Al Ain Classic Car Museum, which had been opened not so long ago (in January of 2015) in a new building on the territory of Country hotel club “One to one Resort & Hotel” not far from the town of Al Ain in Abu Dhabi Emirate. 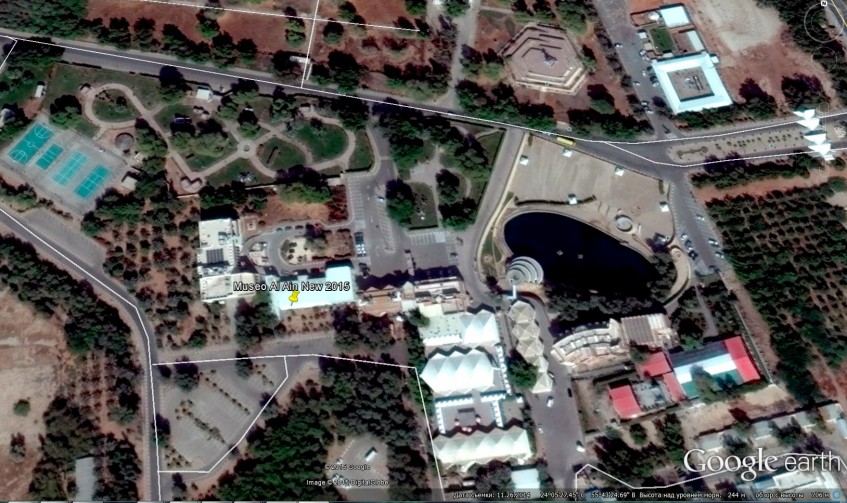 Some prehistory....
In 2013 we stumbled across that museum when we visited Al Ain. Then it was located in an old small building on the territory of some abandoned entertainment centre in the town outskirts. An operational go-kart track was next to it. We were the only visitors of the museum at that time. 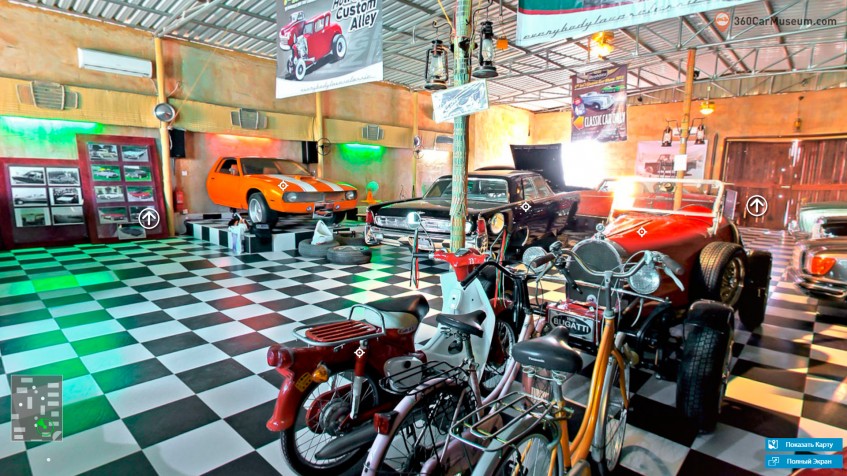 The small hanger was opened especially for us and the attendant of this museum showed round us the entire time.
Of course the exhibit items were not very well-conditioned, and some of them were in instauration process. But the feeling of some exclusiveness coupled with a garage simplicity contrasting to the pomposity and inapproachability of major museums during the visit has stuck in our memory for a long time. 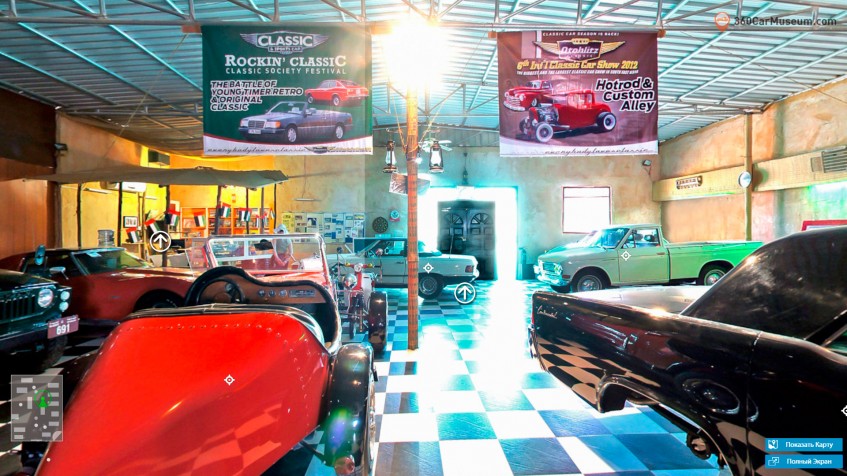 The result of that attendance became a virtual tour, which you can visit free of charge on our portal.
[url:360carmuseum.com" >360carmuseum.com]
And when we learnt from the news of the Internet that this museum was moving to a new more spacious place, we certainly could not help visiting it to compare the place itself and the level of its new exposition. Diverse rarities – automobiles Land Rover of different modified designs, automobiles Mercedes, covered cars, adding an intrigue – stood quite disorderly here and there in front of the entrance on the club territory. The most conspicuous position was occupied by … "half – Camaro SS" as it had been in the old building of the museum. Why "half" is not understandable, but the information proved the exclusiveness of this car (even in such an imperfect condition). 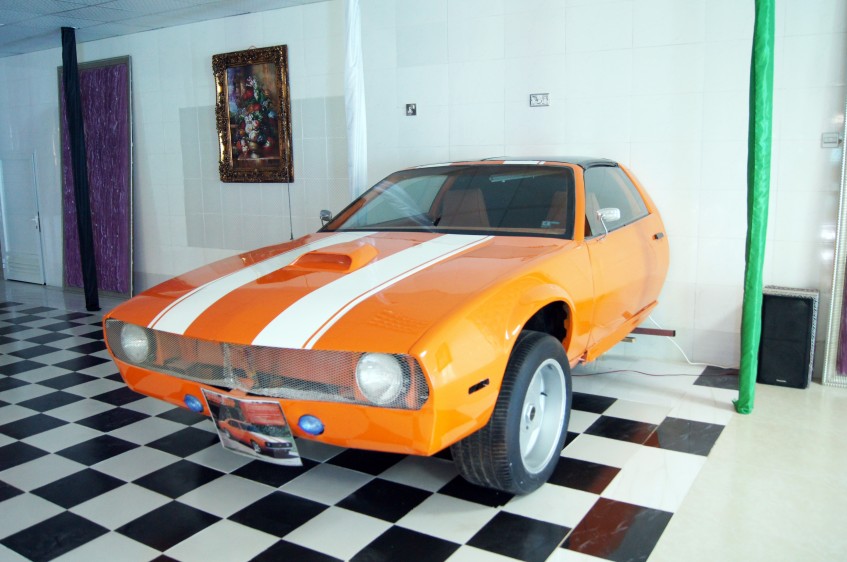 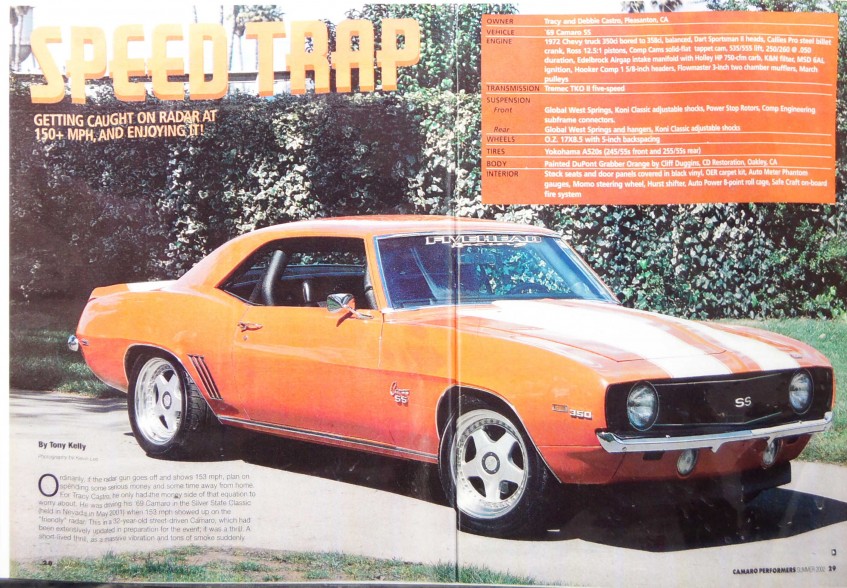 The Silver State Classic Challenge is an official Open Road Racing, which is performed on the section of 90 miles (140 km) along State Route 318 which is closed on this occasion. The event has been carried out since 1988. Once during this race the maximum speed on the public highway was achieved, when Charles "Chuck" Shafer and Gary Bockman showed the middle speed of 207.7801mph (334.3897 km/h) in May, 2000, on the racing car Chrysler LeBaron ARCA. Despite the high speed of racing cars the most part of the participants take part in the basic group of street cars with the middle speed from 95 till 150 mph (153 to 240 km /h). These automobiles cover the whole range of sport cars such as Corvettes and Mustangs, including sedan-like Infiniti G35s, Mercedes, and even Saturns. 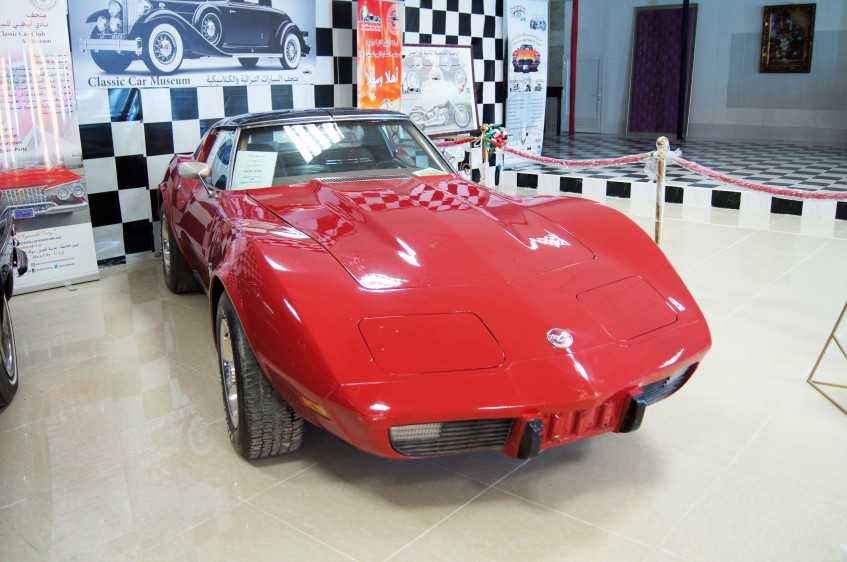 Having turned the head in the direction of the main exposition we noticed at once a red legendary Chevrolet Corvette C3 Stingray Coupe 1975 with an 8-cylinder engine of 5.7l displacement. The third Corvette (1968—1982) was based on the concept of the Mako Shark II of 1965 manufacturing year created by David Halls. Altogether the volume of the third generation C3 production amounted to 542, 861pcs. And this automobile became a real “American legend” and a film star. 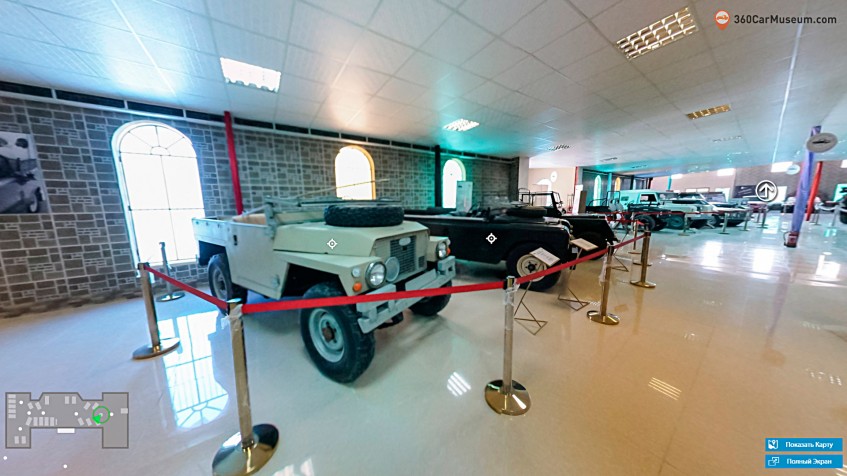 On the left there was a number of off-roadsters so dearly loved by Arab sheiks and the most among them were diverse variants of the automobiles Land Rover, Suzuki and Range Rover.

The two cars opposite pulled out all the stops: 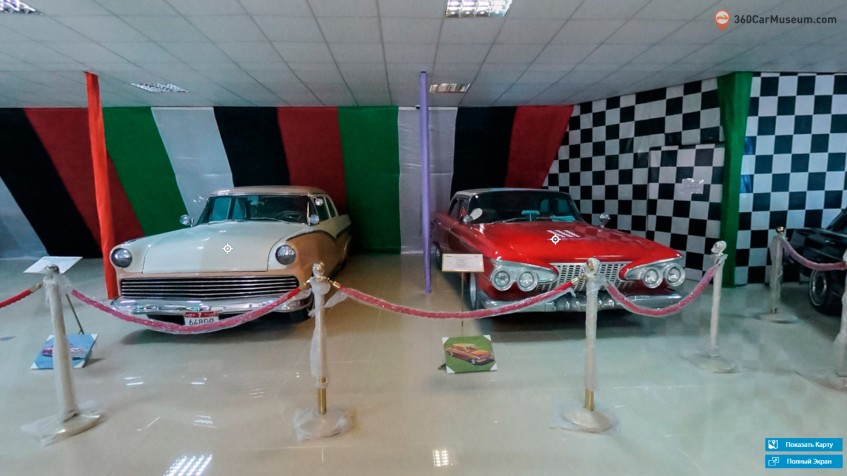 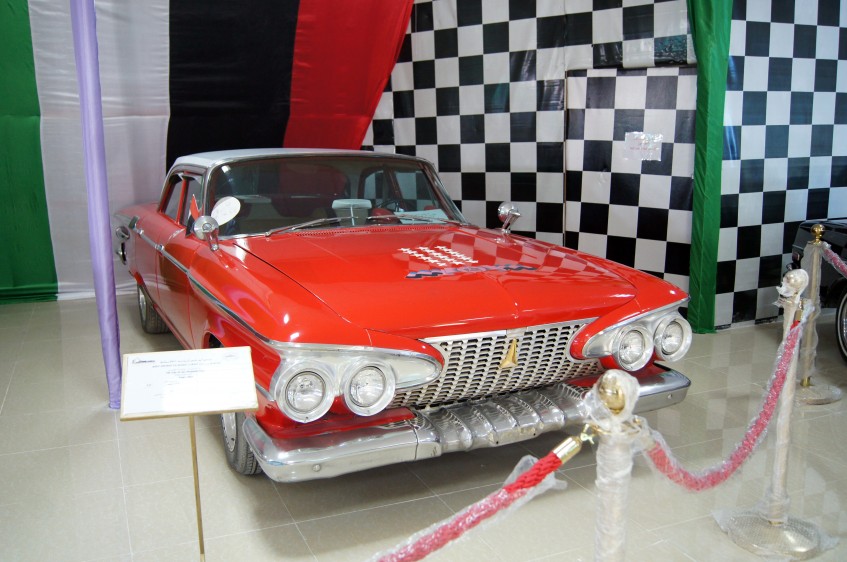 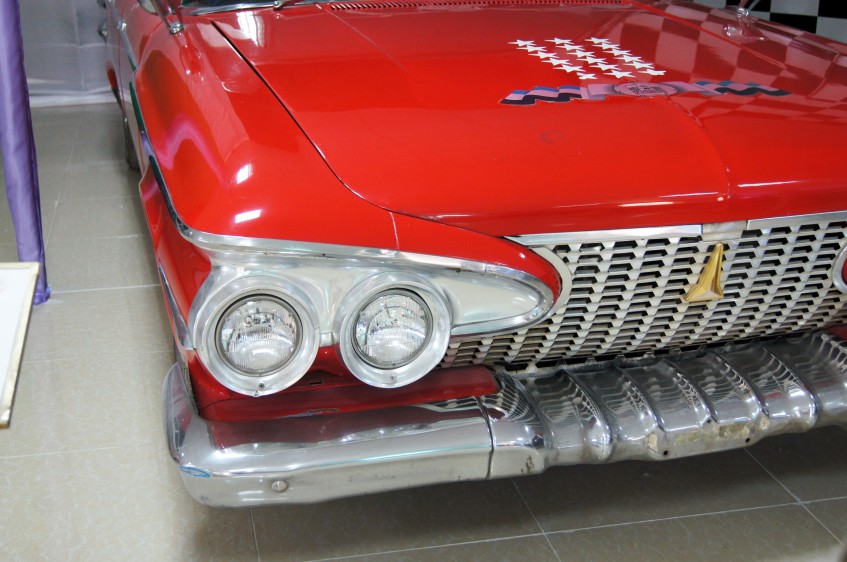 This red fury is truly handsome. It has got an eight-cylinder engine of 5.7l capacity and four-speed automatic transmission. The word " Fury " means a kind of anger originated from Furies, mythological creatures in Classical Greek and ancient Roman mythology. 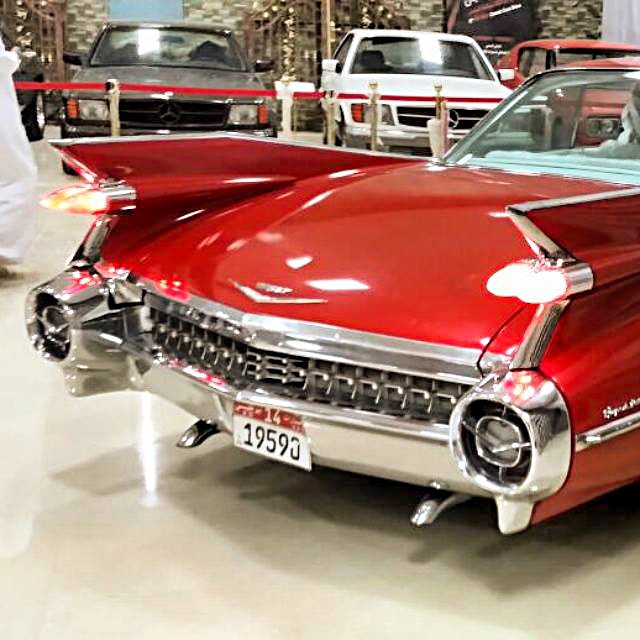 - And definitely one of the stars of the exposition is this customized Ford Fairlane Crown Victoria 1955. 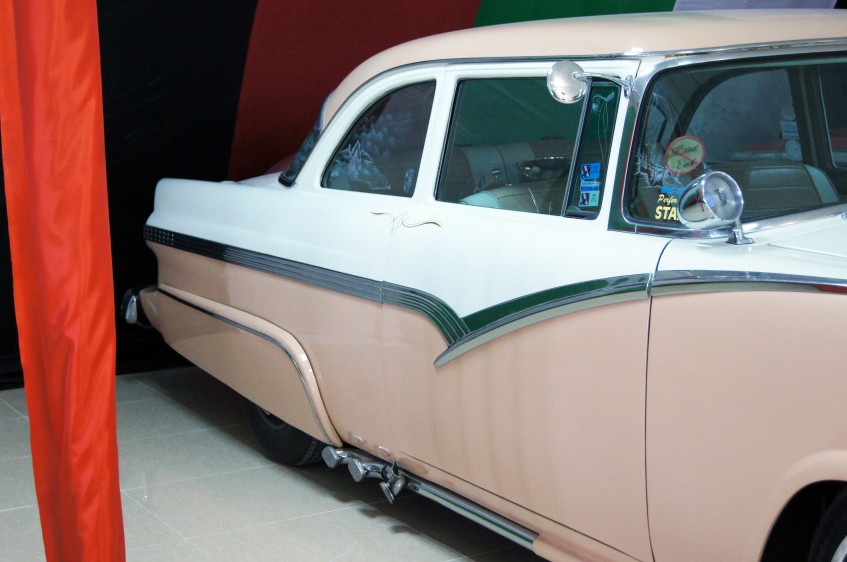 The Dodge Charger even with not the most spectacular body of 1967 model year leaves no visitor indifferent. 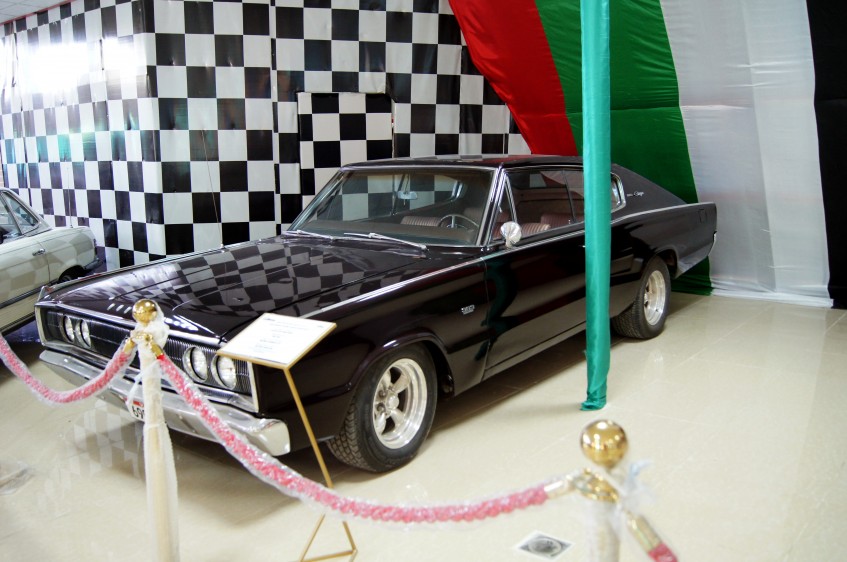 It is particularly important to present this automobile in the hundredth anniversary of the firm Dodge.
Its design - a two-door fastback with four seats in the interior would become popular all over the world, combining sport capability and sufficient utility, which would be appreciated by many generations of the model owners. 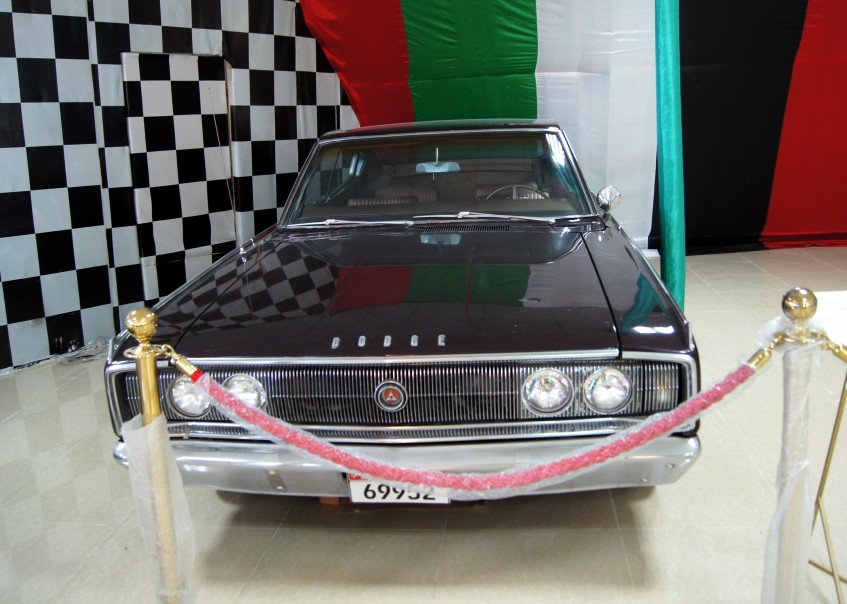 Afterwards we noticed two prominent representatives of not very mass (on a global scale) Japanese firm Datsun, which modestly took places amidst pompous automobiles Mercedes.
Only two copies of this genealogy in comparison with 7 automobiles Mercedes in this museum, but what outstanding sport DNA they have!! This is a yellow Datsun Bluebird SSS 1973 of series 510 with a 4-cylinder bled sport turbo engine of 2,400cc, incredible (for such modest in sizes models) power of 509hp. And this is the Datsun GT Skyline 1973, which became legendary because of its racing victories. 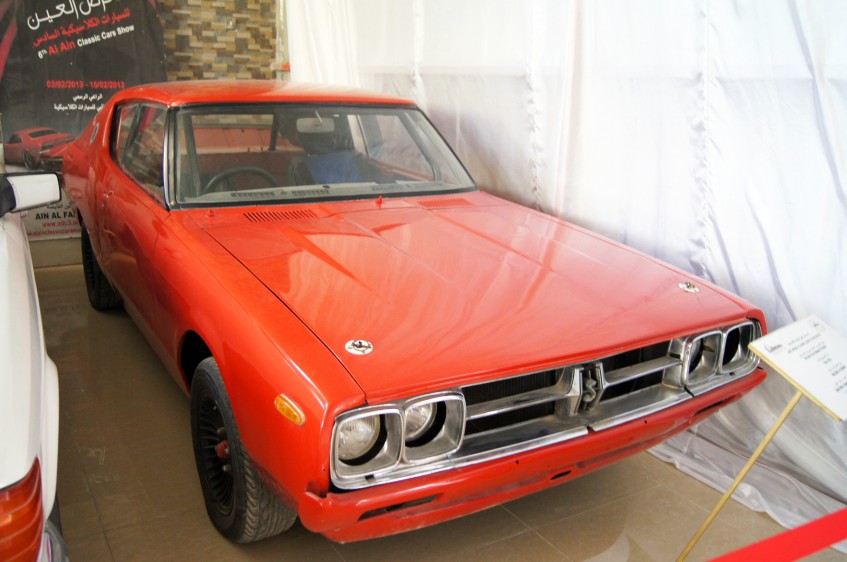 It is habitual to see American “muscle-cars” and off-roadsters, German luxury cars in this rich oil country. But such cars as these two Datsun are really X-factor and valuable gains of the local collector. 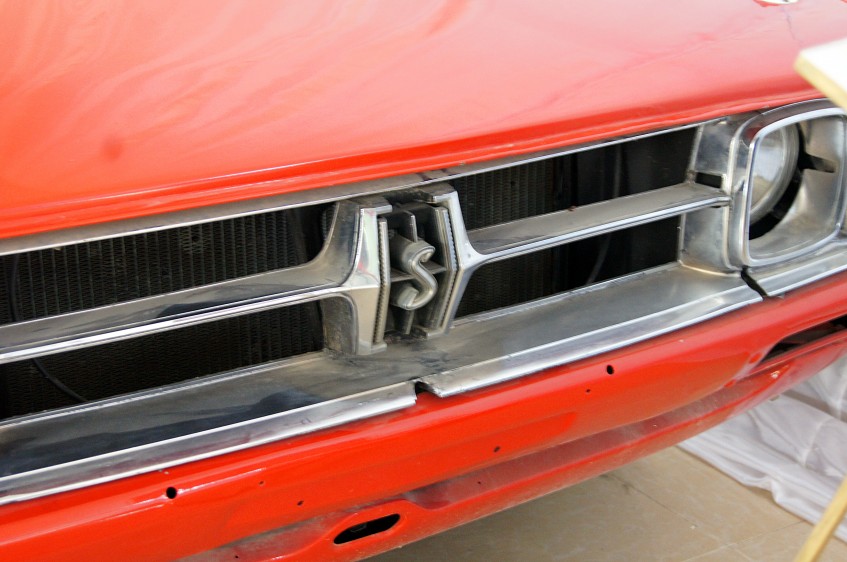 I suppose we should stop ... the rest you can see entering the page of this museum on our content and virtually traveling (with a cup of coffee) to the following hyperlink:
[url:360carmuseum.com" >360carmuseum.com]
We wish you success and pleasant view.