The Trabant 601 (or Trabant P601 series) was a Trabant model produced by VEB Sachsenring in Zwickau, Sachsen. It was the third generation of the model, built for the longest production time, from 1963 to 1990. As a result, it is the best-known Trabant model and often referred to simply as "the Trabant" or "the Trabi". During this long production run, 2,818,547 Trabant 601s were produced overall and it was the most common vehicle in former East Germany.

With hindsight it can be considered East Germany's response to West Germany's 'Peoples Car', the VW Beetle. Its purpose was to provide a cheap but still reliable car that was very affordable and also easy to repair and maintain. Still, it was at the time of its release rather modern in many ways, with front wheel drive, a low maintenance engine, unitary construction, composite bodywork and independent suspension all around. The main letdown was the pre-war DKW based engine that was competitive when launched, but from the late 1950s into the 1960s, small economy cars in western countries that used two-stroke engines, were replaced with cleaner and more efficient four-stroke engines, as employed from the start in the Volkswagen Beetle. Two-stroke engines of this sort, with crankcase scavenging and lubricating oil provided during fuel intake, burn their lubricating oil by design and produce smoky tailpipe emissions. However, two-stroke engines were also to be found in cars like the Western German Auto Union 1000 that ended production in 1963, and the Swedish Saab 96 that changed to four-stroke in 1967. The lack of development funds in East Germany forced the continued use of a two-stroke engine in the Trabant, thus causing this vehicle to become obsolescent in the 1960s and embarrassingly obsolete by the 1980s.

The Trabant 601, which represented an advanced model P50/P60, was launched in 1964. The front wheel drive automobile had two versions: a motor coach and a three-door station wagon, and under hood there was a 499-cc two-cylinder 23 hp engine, running together with a three-speed mechanic gearbox. Later new versions with a semi-automatic gearbox came into being, which were designed for disabled people. In 1968 the engine power was increased up to 26 hp.

The automobile was equipped with the Volkswagen 1.1 l engine in the last years, it was called the Trabant 1.1, but the united Germany did not need such cars, and in 1991 the Tabant production was ceased. Total 2.9 million cars of 601 model were built. 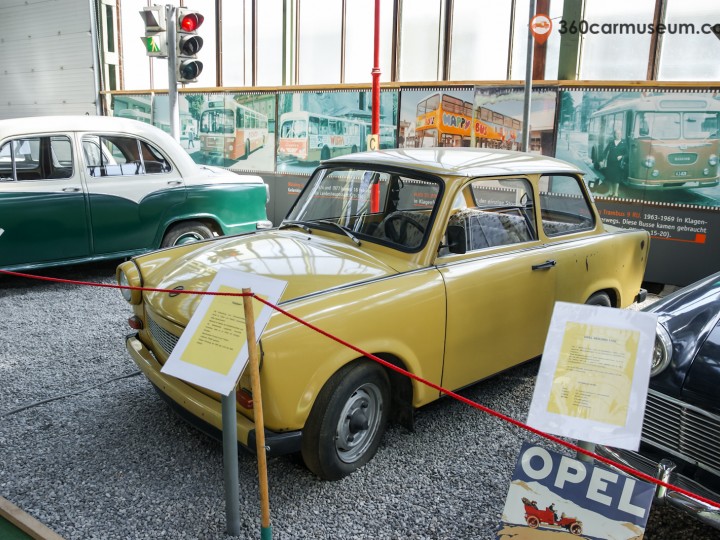 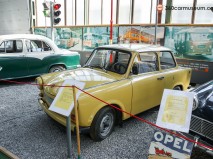 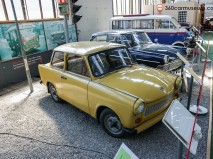 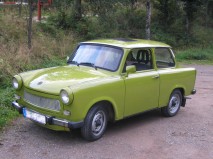 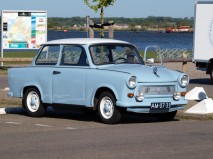 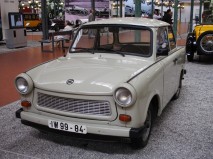 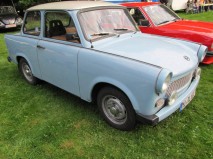 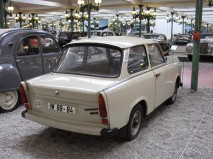 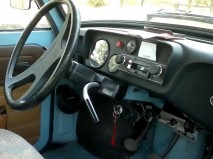