The GAZ M21 Volga, the first car to carry the Volga name, was developed in the early 1950s. Volgas were built with high ground clearance (what gives it a specific "high" look, contrary to "low-long-sleek" look of Western cars of similar design), rugged suspension, strong and forgiving engine, and rustproofing on a scale unheard of in the 1950s.

The Volga was stylistically in line with the major United States manufacturers of the period, and incorporated such then-luxury features as the reclining front seat, cigarette lighter, heater, windshield washer and 3-wave radio. When in 1959 the 6-cylinder line of GAZ cars was discontinued, Volga M-21 became the biggest and most luxurious car officially sold to individual owners in the USSR in large quantities, though its price was very high and made it unavailable for most car buyers.

The First Series (1956-58), known as the Star, featured a lattice of three large horizontal bars in the centre of which was a medallion with a star. Since the OHV engine was not ready in time, production M21s had a 65 hp (48 kW; 66 PS) 2,432 cc (148.4 cu in) sidevalve four, based on the GAZ-20's. The Volga was offered with a three-speed transmission, either manual (a "crash box" with no synchromesh) or automatic. Front suspension was independent, while the rear was a live axle withsemi-elliptical springs; there were lever shock absorbers on all four corners.

The Volga made its public debut in 1955, with a three cars on a demonstration drive from Moscow to the Crimea, two automatic models and a manual. It was, however, still far from production-ready; in the first year, 1956, only five cars were assembled, the first on 10 October 1956. Full-scale production began in 1957, with a list price of 5,400 rubles. The automatic transmission model would soon be discontinued, with only 700 built. 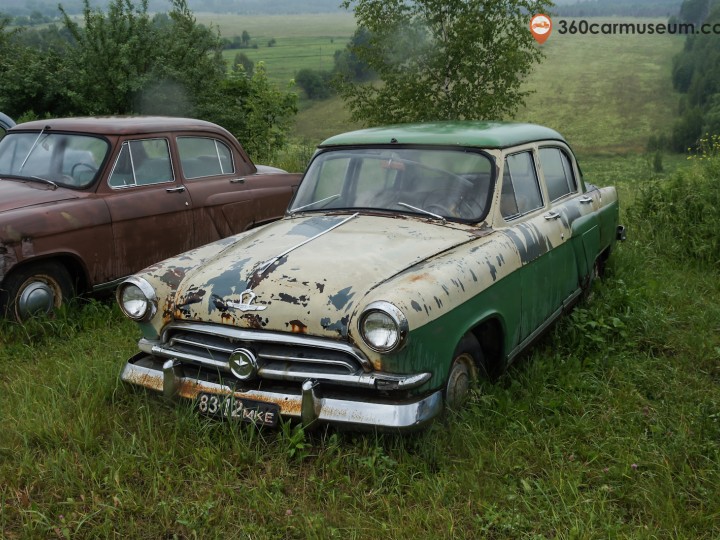 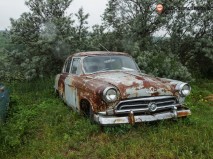 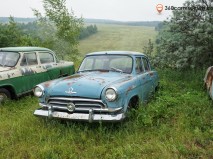 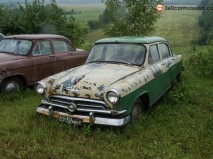 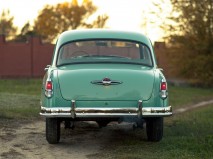 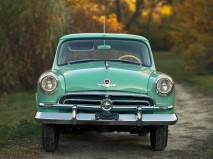 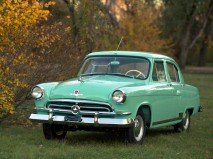 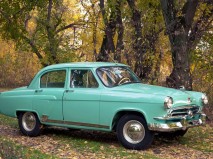 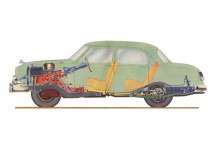 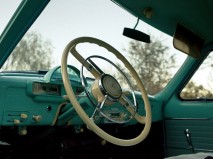 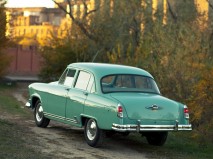 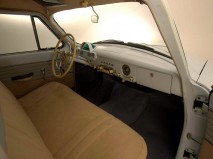