The name itself seems to imply a majestic sharpness. So how did a car company like Nissan, that was calling cars Bluebird, Fairlady, and Sunny, come up with a name like Skyline?

They didn't. The Prince Motor Company(PMC) did.

The Skyline was the first true car for PMC, the former makers of a line of post-WWII electric cars and "trucks" under the Tama brand. Prince gave up on electric cars and switched to gasoline powered production in 1952, producing a sedan that would be dubbed the Skyline in 1955.
The first official Skyline model was the ALSI-1 produced in April 1957 and was a 1.5 liter 4 cylinder sedan. It was powered by a GA4 1484cc engine that put out 73hp at 4800 rpm and had a top speed of 80 mph.

The Skyline was the first Japanese car shown in Europe, making an appearance at the 1957 Paris Motor Show. PMC began actively marketing its cars in Europe, and as a result many of the best surviving examples of PMC cars can be found in such unlikely places as Norway.(nothing wrong with Norway, it's just on the other end of the world from Japan).
The ALSI-1 became the ASLI-2 in November '58, with another model change in February 1960. The BLSI-3 Skyline Gloria was added in April 1961, with a bigger 1862cc GB30 83hp engine, with a Skyline Sport 1900 (S21) added in September 1962. Prince continued the same basic car through to August 1963.
September 63 saw the first real series change with the unveiling of the new Skyline S50. This 1484cc G1 engine powered car was styled by Italian firm Michelotti. A Skyline S50S model year upgrade was introduced in April '64, with an all new Skyline GT(S54) in May. The S54 featured a 106 hp G7 OHC inline six with a 1988cc displacement.
The Skyline GT got a carb option in September of '65 with the introduction of the GTB(S54B) package. The G7 engine got the triple Weber side draught treatment, bumping the horsepower up to 125hp. Designation now became GT-A 2 barrel carb or GT-B webers.
The line didn't get much of a change until after Princes merger with Nissan. From July to September of '68, the New C series Skylines were introduced. The first was the New C10 1.5 liter G15 powered 1500 Sedan, with the Skyline 2000GT(GC10) G18 1815cc engine following.
Then came the first of the Skylines that would form the Skyline Legend, the Skyline 2000 GT-R. Introduced in February 1969, the GT-R(PGC10) benefited from the development of the R380 program. This car was powered by a S20(not to be confused with the later SR20DET) in line DOHC 6 cylinder, 24 valve, twin cam triple 2 barrel side draught monster, developing 160 horsepower at 7000 rpm and racing to a top speed of 200 km/h.
This was followed by an upgraded Standard Skyline, the PC10, a 1.8 liter G18 powered car in August '69, then the Skyline GC10 2000 GT 4 door sedan with a single overhead cam version of the SR20 inline 6 producing 105 to 120 horsepower depending on options. Skyline also had a GT-Xi line of 1500 and 2000 cars before the whole line was once again restyled.
The fourth series of Skyline began production in September '72 with 5 different versions of the new C110 style. 1.6, 1.8 and 2 liter engines powered the various different model levels.
The top level was held by the Skyline 2000 GT-R, the new KPGC110, with the same 160 horse S20 engine of the previous GT-R. This GT-r was actually introduced in January of '73 and is one mean looking Skyline.
The line continued pretty much unchanged until August 1977, when the 5th series C210 line up took over. The lowest level C110 Skyline had been phased out in October 1975, so the C210 line only had 4 levels instead of the 5.
The line was refreshed once again in August 81 with the new R30 series, a rather boxy boring group of Skylines. It would take several years before the R32, R33, and R34 series Skylines would inspire excitement levels like the original GT-R. The Skyline was never imported to the US, but it did make it to Europe and elsewhere, however the Moto-Rex corporation has been importing later R series Skylines for a few years now.

The Skyline GT-R is a Unicorn, a fabled car like a Ferrari GT that very few people have had the chance to drive, but brings that far off dreamy look to any performance enthusiast's eyes. Most auto connoisseurs look down at Japanese cars, but like a fine wine, the name Skyline gets respect whenever it comes up. 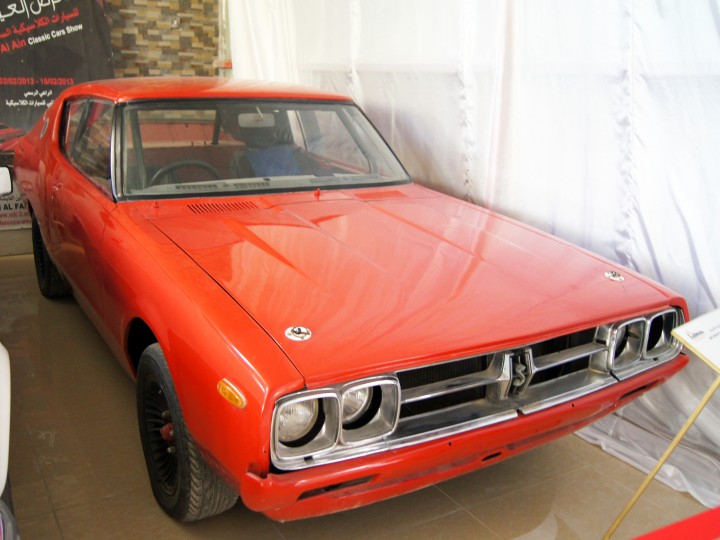 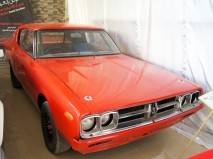 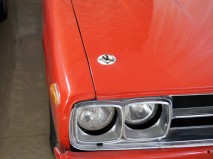 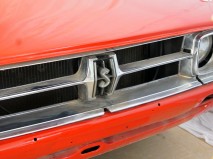 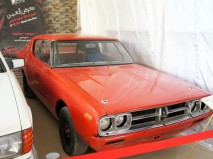