en.wikipedia.org
In 1921, after Heine had purchased Economy Steel Manufacturing Company, he had a new car designed and built with resources from the acquired company. The 1921 Heine-Velox, advertised as a custom-built luxury car, it was first shown at a San Francisco auto show. The car had hydraulic brakes on all wheels, and a V-12 engine commissioned from Weidely. It was massive, with a 148-inch (3,800 mm) wheelbase. The price tag of $17,000-25,000 made it the most expensive American car of the era; a Rolls-Royce sold for less than $10,000, American's highest-price model was US$5250,[1] the Lozier Big Six limousines and landaulettes US$6,500 (tourers and roadsters were US$5,000), and the Lozier Light Six Metropolitan tourer and runabout bottomed at US$3,250.[2] By contrast, the high-volume Oldsmobile Runabout was US$650[3] and Western's Gale Model A was US$500.[4]

The Heine-Velox V12 had a low-slung appearance because the body was mounted to the frame from the sides, instead of the top, which also provided more structural rigidity and a low center of gravity. The two headlights, mounted high on the fenders (giving a kind of bug-eyed look),[5] contained both high and low beams, operated by a switch. Rather than roll up or down, Heine windows pivoted and could be locked in position. Luggage could be stored in lockable boxes on the running boards, as well as in places on all sides of the car. An easy to spot interior innovation was the tilting of the dashboard to 45 degrees, which was supposed to be more comfortable for the driver and would hide the steering column, as well as positioning of the handbrake and gear selector which did not require leaning. Heine demonstrated his car to Chevrolet and demanded to see the head engineer. He was pointed in his direction, leaving the car unattended, and the car was stolen. The following year Chevrolet released a car with pivoting windows. Heine's car had many other innovations, including an oil level automatically maintained by gravity, and a cold-weather start system operated from the dash. The Blackhawk Collection claims the cars were as powerful as the Duesenbergs of the day. 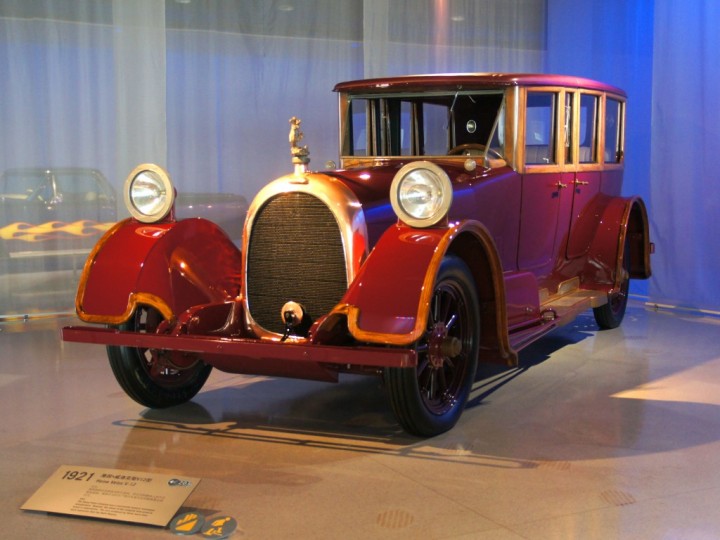 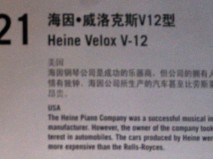 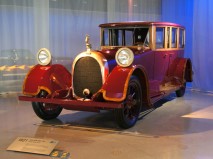 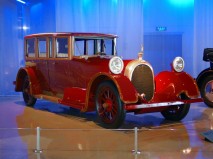 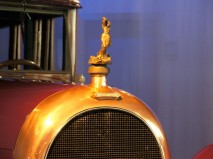 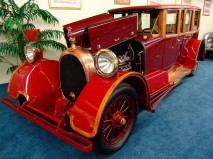 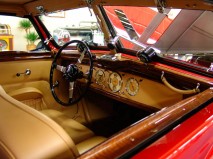 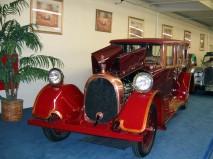 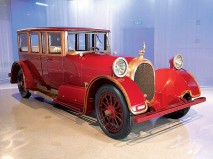