MG PB Sports, 1935. Rare and beautiful, this blue Midget was first bought by Mrs. F.Gillett from Birmingham on 4.12.1935. The car, that's sporty and very elegant in its charming blue livery, is in stunning condition and it's one of only 408 examples ever produced by the Abigdon Factory. It's, of course, Mille Miglia eligible and it's one of the only 280 surviving examples in the Triple M Register!


All OHC Midgets were powered by the Morris Minor derived 850cc motor, which owed its design to the World War 1 Hispano Suiza aero engine. Used in almost standard form in the 1929 M-Type, on the C-Type it got a crossflow head, and the PA was first with a centre main bearing in 1934. In the PB the motor was bored to its 60 mm maximum, giving 939cc. With its comparatively short 73 mm or 83 mm stroke, light and direct valve gear, ample bearing area, and great rigidity the little power-plant could take formidable stresses with amazing reliability.

The camshaft, driven by two sets of bevel gears via a vertically mounted dynamo armature shaft, operated two lines of valves, with stem tips inclined inwards, through light rockers. In its ultimate stage of development, blown at 28psi, the willing little Midget motor gave 113 bhp at 7200 rpm in the 750 cc Q-Type - 145 bhp per litre. Later, with a privately fitted twin-cam head, the same engine was bench tested to give nearly 160 bhp. The three-bearing Midget units were the only pre-war engines marketed with a guarantee to cover the use of a supercharger, provided no more than 6 lb boost was used. And after years of "automotive development", the output of a standard PB was equal to that of the then new MG Midget. 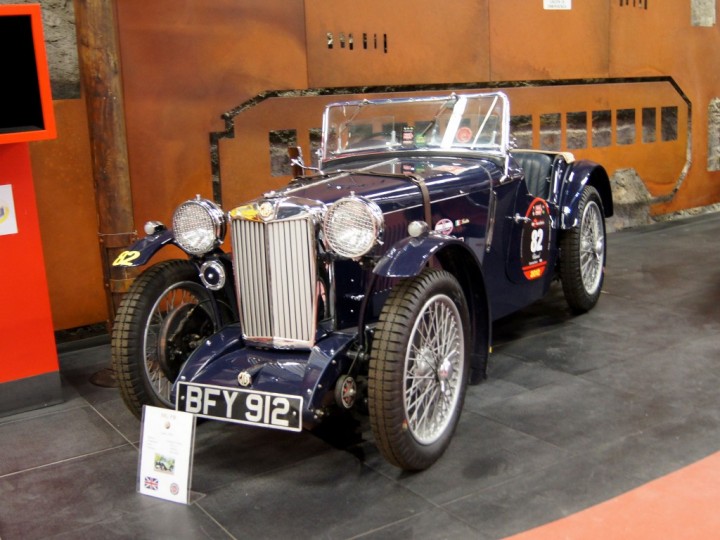 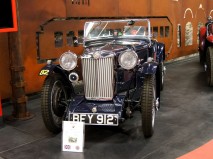 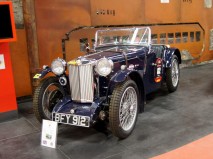 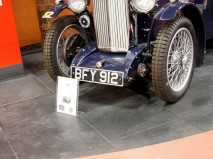 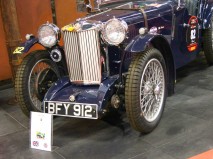 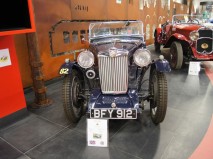 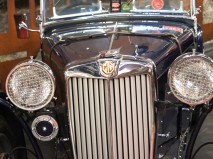 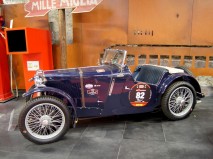 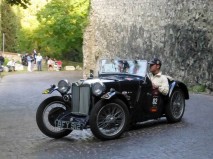 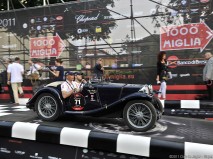 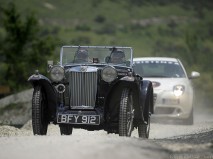 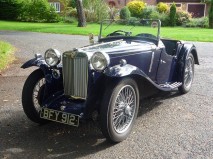 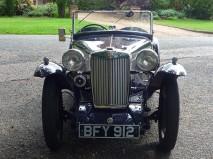 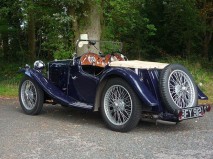 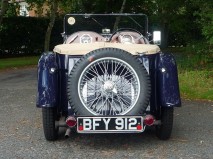 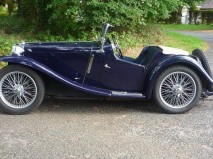 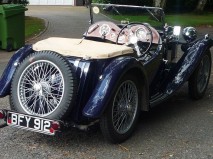 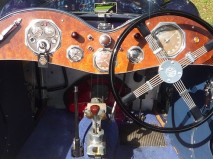 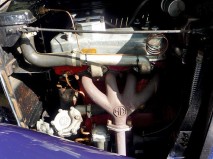 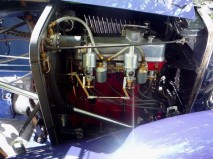