The F-Series is a series of full-size pickup trucks from Ford Motor Company which has been sold continuously for over six decades. The most popular variant of the F-Series is the F-150. It was the best-selling vehicle in the United States for 17 years, currently (2007) the best-selling pick-up for 37 years, and the best selling vehicle in Canada, though this does not include combined sales of GM pick-up trucks. In the tenth generation of the F-series, the F-250 and F-350 changed body style in 1998 and joined the Super Duty series.

en.wikipedia.org
During the post-World War II era, smaller Canadian villages had access to either a Ford dealer or a Lincoln-Mercury-Meteor dealer, but not both; a Mercury-badged version was sold at Lincoln-Mercury-Meteor dealers there from 1946–68. Other than the grilles, trim, and badging, these pick-ups were identical to their Ford counterparts.

The first-generation Ford F-Series is a series of pickup trucks and commercial vehicles produced by Ford Motor Company. Introduced in 1948, the F-Series was the first post-war truck design from Ford. In a break from previous Ford trucks, the F-Series was no longer based upon its car chassis, but on a dedicated truck platform. This generation of the F-Series would remain in production until 1952. F-Series trucks were assembled at sixteen different Ford factories. Serial numbers indicate the truck model, engine, year, assembly plant, and unit number. The most common model was the F-1 with a 6 ½-foot bed followed by the F-2 and F-3 Express models with an 8-foot (2.4 m) bed. 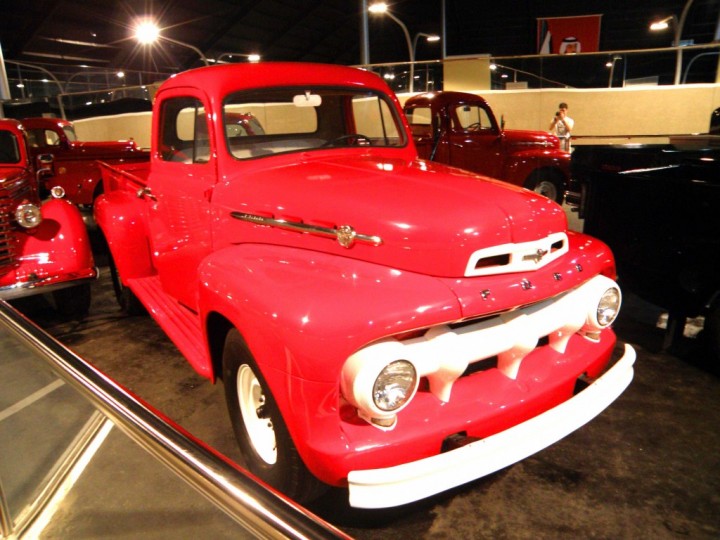 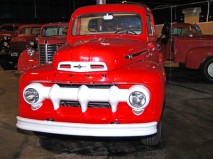 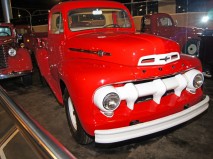 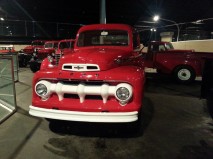