en.wikipedia.org
The Willys CJ (later Jeep CJ) (or "Civilian Jeep") is a public version of the famous Willys Military Jeep from World War II.
The first CJ prototype (the Willys CJ-2) was introduced in 1944 by Willys, and the same basic vehicle stayed in production through seven variants and three corporate parents until 1986.
A variant of the CJ is still in production today under license. The last CJs, the CJ-7 and CJ-8, were replaced in 1987 by the Jeep Wrangler.

The Willys CJ-3B replaced the CJ-3A in 1953, the same year Willys was sold to Kaiser. Kaiser removed "Overland" from the subcompany name. CJ-3B introduced a higher grille and hood to clear the new Willys Hurricane engine. A four-speed manual transmission became optional in 1963, at an extra cost of $194. The turning radius was 17 feet 6 inches. The CJ-3B was produced until 1968 with a total of about 196,000 produced, although the design was also licensed to a number of international manufacturers, including Mitsubishi of Japan and Mahindra of India. Mitsubishi's version was built from 1953 until 1998, while Mahindra continued to produce vehicles based on the Willys CJ-3B until October 1, 2010. The CJ-3B was also built by Türk Willys Overland. It was the first vehicle plant to be opened in Turkey, in 1954.

The M606 is a militarized version of the Jeep CJ-3B. 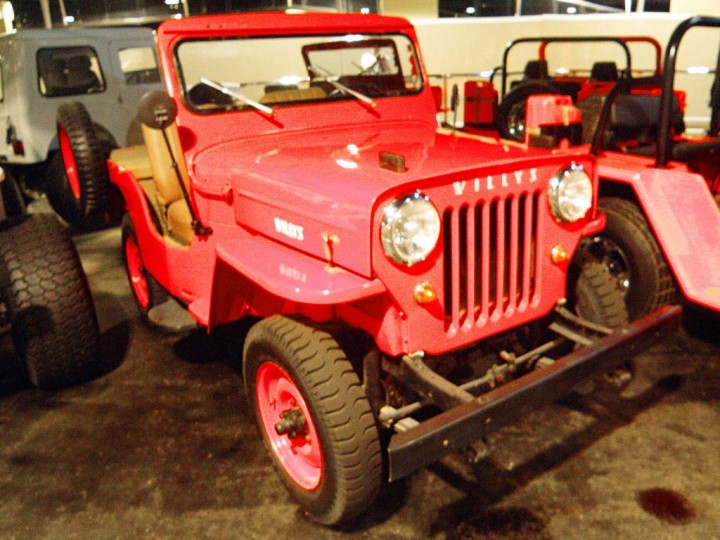 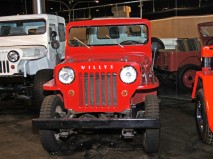 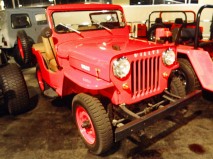 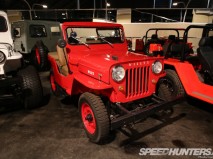