de.wikipedia.org
The Plymouth Deluxe, was a full-size automobile under the brand Chrysler named Plymouth models of 1933, 1942 and 1946-1950 production. It came to change New Finer Plymouth. “Special Deluxe” of more luxurious trim level was produced in 1941. It was the first car of that brand in 1946 after World War II. A convertible and a station wagon were availableonly in the grade of Special Deluxe. In 1951 it was replaced by the Concord, the Cambridge and the Cranbrook.

The model of 1942 was produced in the middle of 1941, and its production was finished due to the war at the end of January, 1942. In comparison with the preceding models the radiator grill became flatter and wider. The side steps were eliminated. The old X-frame was dismissed. Deluxe (P14S) and special luxury vehicles (P14C) were at that time the only offered cars Plymouth. The luxury model was kept with chrome, some cars even in camouflage gear preserved chrome-plated parts. There was only one engine, in what connection at the capacity of 3,569 cc its horsepower reached 95 hp (70 kW).

Just these models began to be produced again with some changes in 1946. The grill and the front bumper were slightly different. The model P15 without alterations was produced in 1947. The only change in 1948 was the substitution of 16-inch wheels for 15-inch wheels. The manufacturing of these models stopped in March of 1949 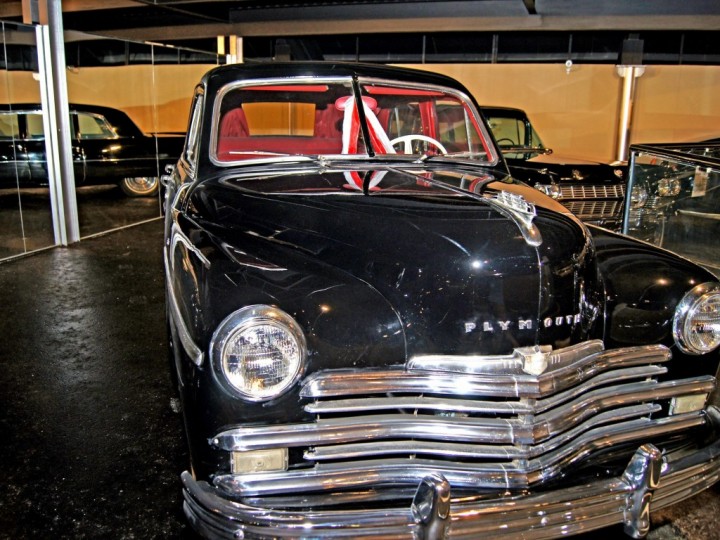 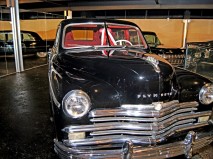 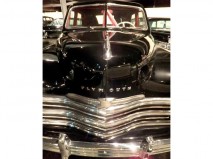 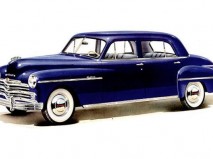