www.musclecarclub.com
The Mercury Cougar was introduced in 1967 as the more upscale version of the Ford Mustang. It had more mature styling and upscale interior appointments and rode on a three inch longer wheelbase than the Mustang. Yet despite its greater emphasis on luxury than performance, the Mercury Cougar still managed to make its mark on the American street scene.
Mercury joined the pony car race full speed with its Cougar, based on a stretched version of the Ford Mustang. Only a two door hardtop was available with standard simulated leather bucket seats, hideaway headlights, and a V8 engine, impressive enough to be named Motor Trend's Car of the Year. Two trim packages were also available, available separately or together. The XR-7 package included a wood-rimmed steering wheel, black-face competition-type instrumentation in a simulated walnut dash, toggle switches, an overhead console, a leather-covered T-handle automatic transmission shifter, and combination leather/vinyl seats. For performance buyers, the GT package, a $323 option, included a firmer suspension with solid rear brushings, stiffer springs all around, bigger 1.1875 inch shocks, a fatter 0.84 inch anti-roll bar, power front disc brakes, 8.95x14 Wide-Oval tires, a low-restriction exhaust system and special identification features. Standard with the GT package was a 390 cid V8 rated at 335 bhp. The 390 used hydraulic lifters, a fairly mild cam and "street type" valve timing that resulted in a favorable 1:10 power-to-weight ratio. A Holley C70F carb with four 1.562 inch venturies and vacuum-operated secondaries sat on the 390 cid engine. With a 10.5:1 compression ratio, it required premium fuel. Transmission choices included three or four speed synchro gearboxes or a three-speed Merc-O-Matic with manual shift capabilities for down-shifting to second below 71 mph or first below 20 mph. While based on the Mustang platform, the Cougar's suspension was upgraded with a hook-and-eye joint the lower front A frames to dampen ride harshness, six-inch-longer rear leaf springs, and better-rated rear spring and axle attachments. The GT, however, came with the manual transmissions used with the 390 were different from those used with the 289. The 390 came standard with a 3.00:1 rear axle, while a 3.25:1 "Power Transfer" axle was optional. 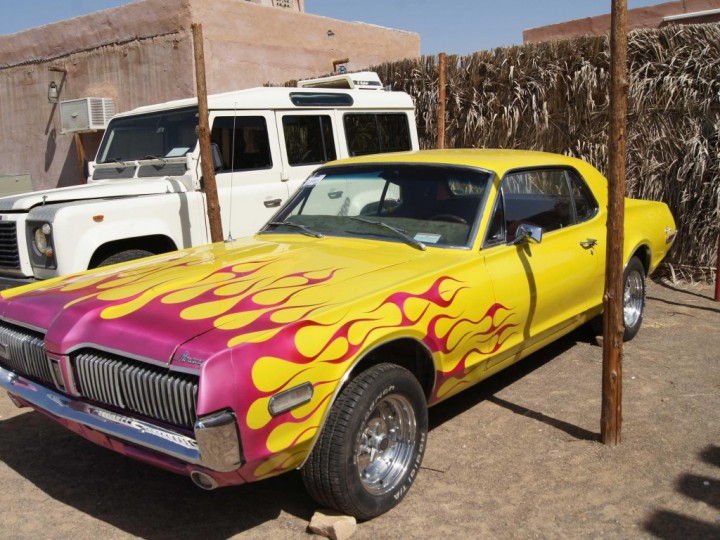 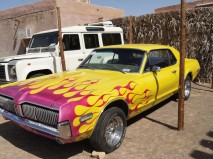 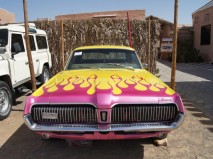 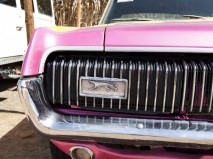 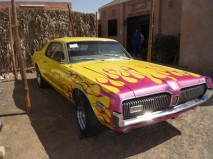 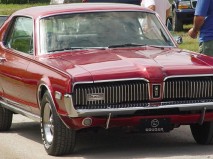 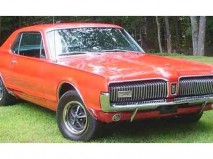