Rieju is a manufacturer of mopeds and motorcycles from Spain. It is based in Figueras. They specialize in small displacement motorcycles (between 49 and 450cc), using Minarelli engines. Their products are available in almost all European countries.
In 1934, two young entrepreneurs, Luis Riera Carré and Jaime Juanola Farrés, founded a company to manufacture bicycle accessories. The name RIEJU came from the first letters of each of their surnames (RIEra + JUanola).
They bought some land and started to build the factory, but the Spanish Civil War thwarted their plans. The Republican Government confiscated the unfinished building and used it as a truck depot. The second story was built above the existing premises during the war, and when the facilities were returned, the payment of interests was considered. In 1940, once the war was over, Rieju resumed its industrial activity making bicycle accessories.
In 1942, Rieju was established as a Private Limited Company (Sociedad Limitada) with a capital of 1 million pesetas, and started to build, alongside with other components, their first bicycle models. The company now had 35 employees and an average of 30 bicycles were built each week.
In 1947 Rieju built their first moped, incorporating to one of their bicycles an auxiliary 38 cc four-stroke engine (built by Serwa of France) coupled to the rear wheel. This model had a power of 1 HP and a maximum speed of around 40 km/h. Two years later, in 1949, Rieju would launch the "No. 2" model, now with a more powerful engine and a gearbox designed in-house. Later models (No.3, No.4, etc.) would evolve the vehicle to give it a "motorcycle look".
In 1964, Rieju reached an agreement with Minarelli to manufacture their engines under licence, and launched the "Jaca" model, with 3.5 HP and a top speed of 70 km/h, which would have to be limited to 40 km/h due to moped regulations.
The landmark Jaca model was evolved throughout the 1960s and 70s, giving birth to the Confort and TT models. In 1978, Rieju developed a moped with an automatic transmission but it was not successful.
The production kept increasing steadily throughout the 80s, with new and more varied models, placing Rieju among the top moped sellers in Spain. Also, Rieju bikes won several prices in international Enduro competitions, raising the profile of the marque.
In 1994 the company opened itself to other markets and started exporting their models across Europe. By 2006, exports represented about 60% of their sales.
2011 sees the launch of many new Rieju machines, most notably the new RS3 50 and RS3 125LC. They are made in Spain and are powered by Yamaha engines. 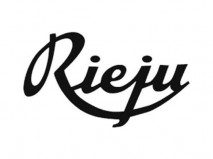 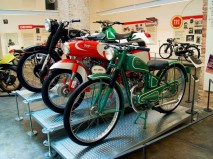 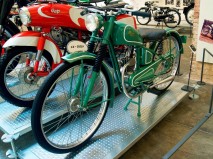 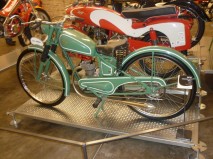 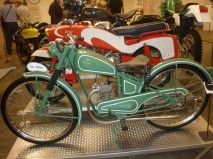 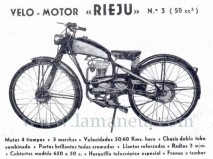