The GAZ-51 is a Soviet truck with the payload about 2.5 tons. The first trial samples with the designation GAZ-11-51 were built before the Great Patriotic War and a serial production was launched since 1946. In 1955 a modernized GAZ-51А was mastered, which was produced till 1975. 3, 480, 000 samples of all modifications were produced.

The trucks were also manufactured under the Soviet license in Poland (as the Lublin-51), North Korea (as the Sungri-58) and China (as the Yuejin NJ-130).

An innovative assembly of the GAZ (a moved forward engine and cab, which made possible to have quite a long platform at a comparatively short automobile base) became traditional for conventional trucks.

The engine of the car represented a further development of the GAZ-11, which was created in its time on the basis of a power pack of the firm Dodge (in its turn it was the former variant of the L-head motor Chrysler), the manufacturing license of which was acquired by the plant as early as in 1937.

Many technical novelties, applied in the car, afterwards were used by Soviet automobile makers in other cars. They are enduring cylinder sleeves of an engine made of dedicated cast-iron, chrome-faced piston rings, gills of a radiator, a starting heater and an oil assembly, the appliance of which enhanced steeply engine durability, and bimetal linings of a crankshaft (steel-babbit, instead of babbited bearings without linings).

Generally accepted decisions such as an aluminum cylinder head, detachable valve seats, adjusting heating of mixture, duel oil conversion, a crankcase closed circuit ventilation, easily detachable brake drums and many other things were successfully applied in the GAZ-51 for the first time in the USSR.

The truck had continually been developed in the course of many years. The leading constructor B. I. Shihov had been conducting its improvement. The feed system was amended, a wooden cab became a combined one (in 1950), and then all-metal. In 1954 it began to be heated. The dead weight of the truck had reduced down to 2,296 kg by 1962. The platform of the GAZ-51А was enlarged and side flaps were mounted on it.

Exceptionally rational shaping of the truck’s front (spot-facing, wings with headlamps, a bonnet, a bumper) became traditional for a number of succeeding lorries of Gorky automobile plant and passed into its visiting card. 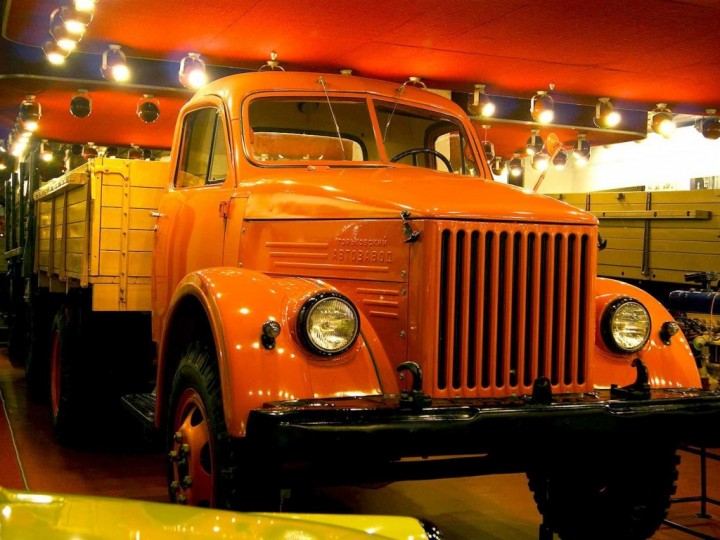 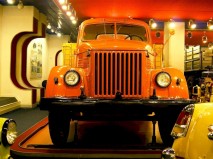 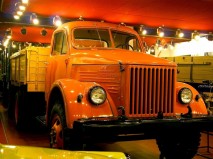 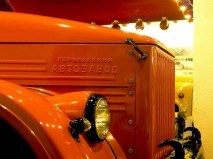 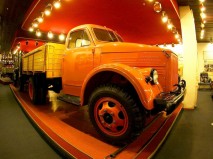 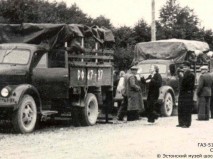 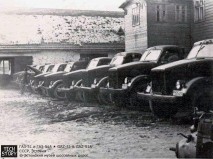 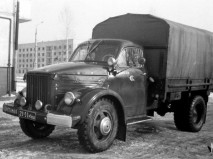 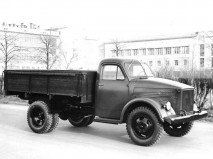 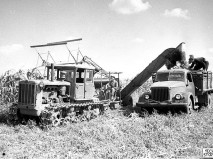 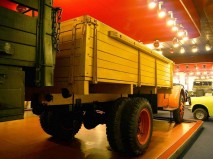