ru.wikipedia.org«Победа»
The Pobeda is a Soviet passenger car produced commercially at Gorky automobile plant in 1946—1958. The factory designation of the model is GAZ-М-20.
It is the first Soviet passenger car with an integrated body and one of the first in the world, which was manufactured in high volumes with the body entirely of a pontoon style - without protruding wings and their vestiges, running boards and headlamps.
A serial production of the Pobeda began on the 28th of June in 1946. There were 235,999 cars produced altogether, including 14,222 cabriolets and 37,492 taxis.
It should be noted, that the body of the Pobeda was in full projected and prepared for mass production in the USSR — till that time the equipment for production of even developed relatively independent models (for example, КIM-10) had been ordered at foreign, mainly American firms. The equipment for the model ZIS-110 was made in the USSR, but it was not suitable for mass production, as the dies were cast from zinc-aluminum alloy and were able to withstand only limited quantity of operation cycles. [2][3][4][5].
Moreover from the point of view of design and components the Pobeda appeared to be several years ahead of many foreign analogues of the first after war years, the construction and design of which dated back to the prewar models. Except an original “wingless” shape, its body was remarkable for its small, in that time, height, accordingly the weight distribution changed appreciably, the height of the gravity center, the roof line, the beltline (correspondingly, the glass area increased), the floor line and the level of seats pads descended. The engine at the same time was placed in the front in the space above the independent front suspension, which allowed the hood and the car to make in the whole lower. 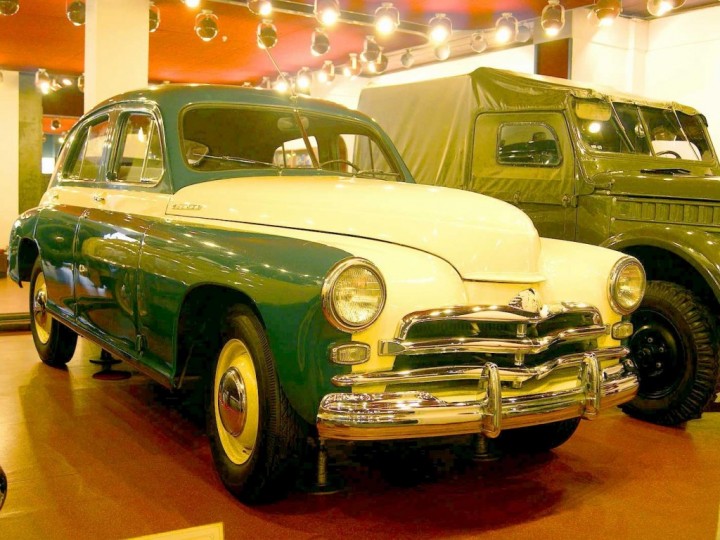 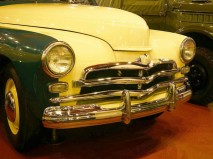 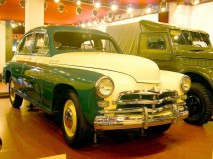 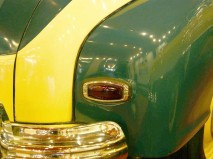 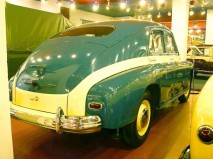 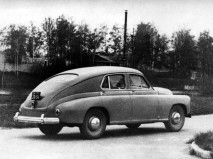 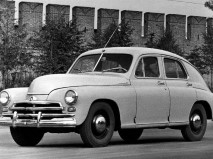