GAZ-ААА is a Soviet off-highway truck. It represented a realization of a foundation concept of a six-wheeled off-highway truck with the use of two driving axles, thus, an automobile chassis type was converted from 4×2 into 6×4.

In 1932 an own original three-axle version of a one-and-a half-ton truck with a worm main gear and an auxiliary transmission was developed on the Ford AA chassis in the Research Automobile Motor Institute (RAMI). At a later stage the design of the GAZ-AAA was fined in the Construction Department of emergency vehicles GAZ –AAA under the leadership of Vitaliy Andreyevich Grachyov. The serial production of GAZ-AAA was mastered in 1934 and continued till July of 1943, when it was shut down owing to large demolitions of the GAZ by bomber aviation Luftwaffe. 37,373 GAZ-AAA trucks were produced, including 3,331 armoured carriers of BA-6/BА-10 series and 194 buses GAZ-05-193. One extant GAZ-AAA is in the History Museum of ОJSC GAZ in the city of Nizhny Novgorod.

In its design the GAZ-AAA represented a three-axle modification of a two-axle truck GAZ-АА/GAZ-ММ, in which a rear drive axle was replaced by a two-axle bodywork with an equalizing beam suspension of axles on 4 longitudinal half-elliptic springs, worm main gears and 2-staggered reducing reduction drive in a transmission. The increase of the wheels number, connected with this made possible to lessen the unit pressure of each wheel on the ground, and increased an off-highway capability of the truck along country and forest roads. The truck could overcome 27° ascent. In 1938 the truck underwent a development, having got more powerful 50-horsepower engine and a number of other improvements similar to a base model GAZ-MM. When the Great Patriotic War began, the design of the GAZ-AAA was essentially simplified (akin to GAZ-ММ-В) in order to lower the labor intensity and production cost, which practically did not influenced the performance characteristics. Quick-release cross country chains of the “Overall” type (they belonged within issued equipment of all mid-sized armored vehicles) were put on the driving wheels of armored carriers and emergency vehicles on the GAZ-AAA basis. 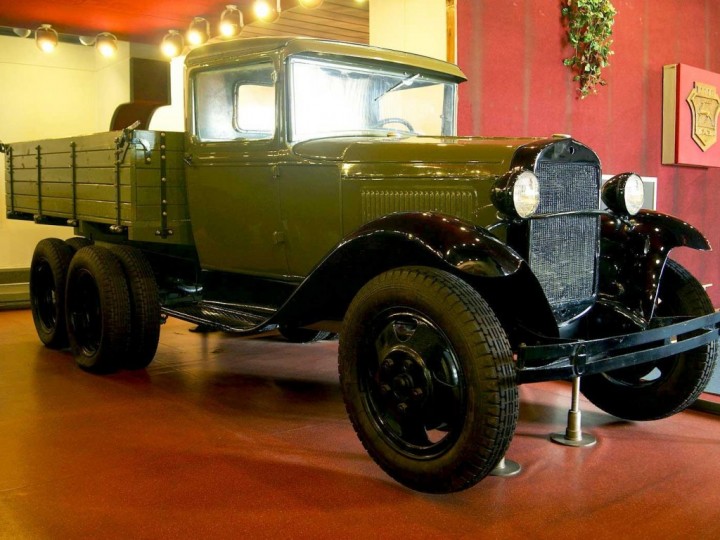 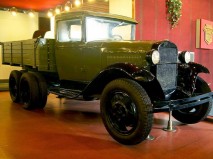 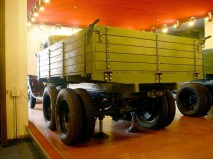 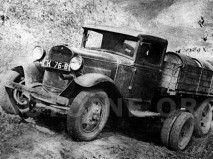 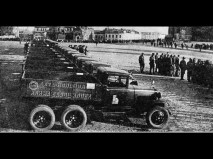 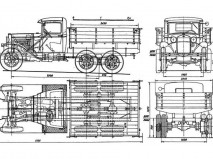